How to stop being a stress junkie

Raise your hand if you’re overworked, overwhelmed and too crazy busy to do anything about it. Time to break the cycle and reclaim your sanity 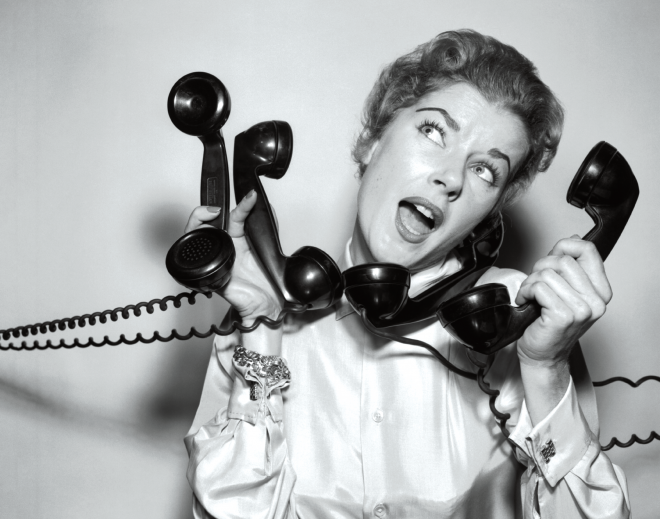 To look at Karen Rempel a year ago, you’d think she was the queen of Zen. The Vancouver 46-year-old practised yoga, meditated daily and ran at least three times a week. She also avoided jitter-inducing sugar and caffeine. But despite these healthy habits, she couldn’t shake the feeling that her life was out of control. The combination of long hours at work as a writer, a gruelling commute and volunteer commitments was starting to take its toll.

Karen had always prided herself on her ability to handle her high-paced juggling act, but early last spring, something snapped. She suddenly found she couldn’t relax, even on the weekends. “At the end of the day I’d try to unwind and enjoy dinner, but I always felt anxious,” she says. Then her brown hair started coming out in clumps. Her doctor ruled out iron deficiency and thyroid imbalance, concluding stress was the culprit.

Karen had recently started reading When the Body Says No: The Cost of Hidden Stress by Gabor Maté, a Vancouver-based doctor. “All of a sudden, I had a major ‘Aha!’ moment,” she says. “I’d always known I was creating this hectic lifestyle, but I hadn’t understood why. Then I realized I was addicted to stress.”

Like Karen, more than 1.5 million women 20 to 44 say they suffer from “extreme stress,” reports Statistics Canada. But instead of hitting the brakes, today’s busy women are more inclined to boast about how much they can shoulder. We feel proud of our ability to keep all the balls in the air, believing stress is synonymous with success. But relentless busyness is nothing to brag about: The consequences of chronic stress range from annoying — that cold you just can’t kick — to downright dangerous (research has linked it to an increased risk of cancer, depression, heart disease and diabetes, and a tendency to overeat, smoke, drink and take drugs).

What’s more, studies show that stress hormones can be passed from mother to baby in utero, leaving your little one more susceptible to health issues, such as asthma and obesity, down the road. So how much stress is too much?

Let’s start with a refresher on how the stress response works. When we encounter a stressor, our adrenal glands release a trio of hormones — cortisol, adrenalin and noradrenalin — that ignite our fight-or-flight response, shutting down non-essential functions (such as appetite and immune response) to mobilize energy.

“It’s really genius thinking on behalf of the body,” says Jan Moynihan, a psychiatry professor at the University of Rochester Medical Center in New York. “These hormones step in to protect us from danger.” The problem is we’re no longer faced with the constant life-and-death situations that our ancestors had to cope with and our bodies can’t distinguish between different causes of stress.

To further complicate matters, an occasional hit of stress can have benefits. “In the short term, there are elements of the fight-or-flight response that boost cognitive function,” says Moynihan, which is why so many people work best when a project is down to the wire.

These hormone cocktails can become addictive. “It’s possible for someone to crave stress and have a more difficult time functioning when the pressure is off,” says Maté. And that person is different from the person who’s legitimately busy but also welcomes downtime, he explains. “A stress addict always seeks out and creates stress; she feels listless or even depressed when she’s not busy.” Moynihan also points out that stress can depend on your perspective: “In order for something to be stressful, you have to perceive it as such,” she says.

So what’s the best gauge of whether you’re taking on too much? Your body, say the experts. Excessive stress can cause a range of symptoms, including anxiety, sleep disruption, headaches, back pain, rashes, frequent colds, disordered eating and tight muscles. “These are all signs that your system is overloaded,” says Natasha Turner, a Toronto-based naturopathic doctor and Chatelaine health expert. “Over time, the constant release of stress hormones can be incredibly destructive to your muscles, bones, brain, and nervous and immune systems — and that can lead to a host of diseases.”

The first step in busting the stress cycle is to identify what’s driving you over the edge — whether it’s an overly demanding job or the supposedly fun book club you just don’t have time for — and then ask yourself why you’re reluctant to let it go.

“What’s the fear?” asks Maté. “Are you afraid if you don’t take something on, you’ll be rejected or perceived as weak?” Like any dependency, a stress addiction may also mask a deeper issue. “Keeping busy might mean you don’t have to think about your unhappiness,” says Debbie Mandel, a stress-management coach based in Lawrence, New York, and the author of Addicted to Stress: A Woman’s 7 Step Program to Reclaim Joy and Spontaneity in Life. “I meet a lot of unhappy women through my work.”

For Karen, contemplation led to the realization that a jam-packed schedule had become an integral part of her identity. “I’d been taking on too much for more than 20 years,” she says. “I felt as though I had value because I was doing all these things to help other people, and I wasn’t sure that I would have value without doing them.”

She also thinks the fact that she grew up in a stressful home may have helped propel her into a frantic lifestyle. “All kinds of stressful things could happen to you when you’re young, so as a child you become accustomed to higher levels of cortisol and adrenalin than normal. But you don’t perceive them as stressful because that’s what you’re used to,” confirms Maté.

Fortunately, you can break bad patterns and undo the damage wrought by chronic stress. “The body is fabulous at healing itself — if you allow it to,” says Dr. Esther Konigsberg, a Toronto-based family doctor. Getting enough sleep, eating well, exercising regularly and taking care of your relationships is paramount, she says — but sometimes it takes a tough decision to buy yourself the time you need.

That’s what Karen discovered. Today she’s happier, less stressed and more Zen than she’s ever been — largely thanks to finding a different job with a shorter commute and more reasonable hours, along with a new-found ability to say no to outside commitments when she feels her stress level is in danger of spiralling out of control.

Of course, the temptation to return to her old habits is always there. Karen was recently asked to collaborate on an appealing new project . . . and declined. “Thanks to some inner work and getting my life in balance, I finally feel at peace with myself,” she says.

1.Cut down on the cardio.
If you still have time to hit the gym, focus on strength training instead. “Cortisol wears down your muscle tissues but strength training will build them back up again,” explains Natasha Turner, a Toronto-based naturopathic doctor and author of The Carb Sensitivity Program. Aim for 30 to 40 minutes of high- intensity circuit training — then stop. Exercising for longer periods may actually jack up those dreaded stress hormones.

2. Load up on vitamin C and omega-3s.
“Research shows vitamin C may help reduce feelings of stress. Your adrenal glands have some of the highest concentrations of vitamin C in your body,” says Turner. “And fish oils are essential if you’re under stress because they help protect your brain from the damaging effects of cortisol.”

3. Drink less coffee.
It may seem counterintuitive to skip your java on a stressful day, but too much caffeine will only make you more anxious, says Dr. Esther Konigsberg. “Try camomile tea instead — it’ll help calm your nervous system.”

4. Sleep naked (in a really dark room).
Reducing your body temperature and eliminating all sources of light enhances the production of the sleep hormone melatonin, says Turner. She also suggests hitting the sack as early as possible.

5. Download a meditation app.
Experts agree that meditation is one of the best stress-reduction strategies. “Even taking five minutes a day to clear your mind and focus on breathing is beneficial,” says Turner. Don’t know where to start? Try an app like Simply Being: Guided Meditation for Relaxation and Presence (iTunes, 99¢) and choose from guided meditations varying in length from five to 20 minutes.

6. Eat well — and often.
Skipping breakfast or waiting too long between meals can trigger cortisol production, says Turner. Eat a meal or snack with protein, carbs and healthy fat every three hours to stabilize blood sugar and prevent out-of-control snacking. Chronic stress may increase production of the hunger hormone ghrelin, which can lead to overeating.