How to break the bladder infection cycle

No one wants to “feel the burn,” but the stats say half of us will endure the agonizing pain sooner or later. Read on for some of the best ways to stamp out that fire for good. 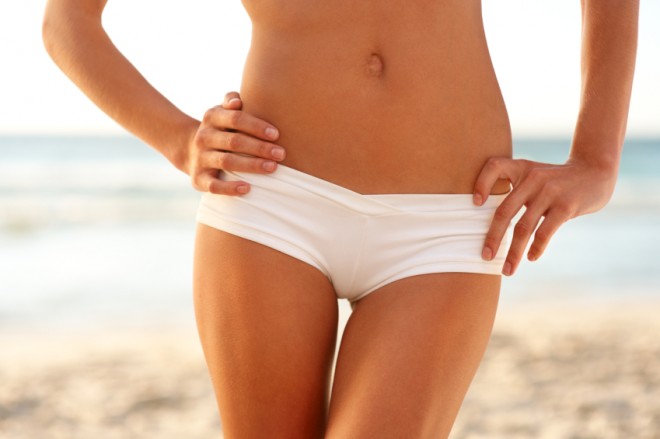 I checked the contents of my Jeep: a water jug, two sleeping bags, my tent, bear spray, a cooler. I was ready. Driving south from my home in Yellowknife, N.W.T., I was headed to the 60th parallel for a week on my first solo camping trip. I couldn’t wait for the adventure to begin! It was the May long weekend in 2012, and temperatures were low, so I was blissfully alone at the campsite. I pitched my tent, roasted a hot dog and mixed some hot chocolate over a fire. It was totally serene, and I felt more peaceful than I had in months — until I woke the next morning to a familiar burn and wet undies.

It was an excruciating sensation that I instantly associated with tearful trips to the emergency room. “You’ve got to be kidding me,” I thought as I pulled off my underwear. Naked from the waist down in an empty territorial park, I was two hours from the nearest hospital, with no cellphone service, no extra pants — and it wasn’t even cranberry season. Not the best place to experience my fourth bladder infection in two months.

Studies show up to 50 percent of women will have a urinary tract infection (UTI) at some point in their lifetimes (ideally closer to home!), and most of them will have recurring infections within a few months. UTIs are caused by the presence of E. coli bacteria in the urinary tract, which includes the bladder, urethra, kidneys and ureters. “If simple bladder-related UTIs are left untreated in a healthy person, the body can slowly heal the infection; however, more complicated UTIs can lead to severe health problems, including high blood pressure, kidney failure or death,” says Dr. Curtis Nickel, a urology professor at Queen’s University in Kingston, Ont. UTIs don’t appear subtly. When I was in university, seven years before my ill-fated camping trip, I unexpectedly wet myself on my bedroom floor and knew I had a problem. I spent the rest of the night running to the bathroom in distress, feeling as though I had to pee constantly, although nothing happened when I tried. I had no idea what was going on. I’d learn later that urinary incontinence is a symptom, though more common signs are the incessant burning sensation of needing to pee, excruciating pain while urinating, pressure in the lower abdomen and blood in your urine.

The next morning, I was diagnosed by a school doctor and prescribed a standard three-day course of antibiotics to fight the infection, as well as a painkiller to deal with the burn. It worked fast — within a day, my pain was gone. Generally, if it’s your first UTI and you’re otherwise healthy, a three-day treatment plan should be all you need.

When the burn comes back
Doctors aren’t sure why some women get hit with recurring infections and others don’t. Research suggests a thin vaginal lining might be the cause, but much is still unknown. Studies have also linked UTIs to everything from frequent sex and wiping back-to-front to eating chicken bought in supermarkets. (One recent study found the strains of E. coli bacteria in women with UTIs matched the strains found in chicken.)

Nickel says most UTIs in women can be linked to sexual activity, which stirs up bacteria in the vagina and urethra. “We used to call it honeymoon cystitis,” he says. “It’s why we see a spike of infections in college students and newlyweds.” There seems to be a genetic disposition too, he adds. For instance, if you’ve inherited a thin vaginal lining or abnormal bladder lining, you may be more prone to UTIs.

I don’t have a family history for this type of condition, so I chalked up my first UTI as a random one-off. Of course, that theory went out the window two months before my camping trip, when I got another blasted infection at work. Even though it had been years, there was no forgetting that evil burning sensation. “I’ve just got to run an errand,” I called to my boss as I rushed out the door and headed for the ER. I had the same three-day treatment as before, but this time wound up with a second infection a week later.

Watch: How to treat a bladder infection the natural way >

Naturally, I asked about preventive measures and applied every one I heard. So, for example, I’d jump out of bed after sex and bolt to the bathroom to pee; I started taking cranberry pills. (Studies show cranberry products containing proanthocyanidins — the chemical thought to help prevent the infections — reduce UTI risk by 14 percent.) With each new infection, I was told there was nothing more serious going on, and that as long as I took antibiotics, it would go away. The doctors just didn’t say how long that would take or when I might get another infection.

When I mentioned my recurring infections to Nickel, he said he would have treated me a little differently and sent me home with an extra-long duration of low-dose antibiotics to make sure the infection was gone, especially since it wasn’t my first.

“Each infection may be a little harder to get rid of than the first one,” he says. “It takes weeks for some people’s bladders to get back on track. That’s why I would have put you on the low-dose antibiotics for longer to break the cycle and give your immune system time to recover.” He also would have given me antibiotics to take as soon as the symptoms cropped up the next time around, to catch the infection sooner and prevent yet another trip to the ER.

Nickel teaches a self-directed treatment program to some of his patients. “If a patient has recurrent UTIs, they know what an infection is — they recognize the symptoms and know they tend to get worse in the afternoon or evening. I give them antibiotics with instructions to take them for three days as soon as the symptoms arise.”

Nickel says studies show women are better predictors of when they need antibiotics than physicians. “No one should suffer for 48 hours when they know what the problem is and how to treat it.” If my symptoms had persisted, he adds, he’d have advised me to get more medical help to rule out antibiotic resistance or a more serious infection.

Read more: How to treat a bladder infection >

Putting out the fire, for good!
Antibiotics are less effective because bacteria are becoming more resistant to them. The only other treatment solution may lie in vaccines, and scientists at the University of Michigan are hard at work trying to find one. Harry Mobley, microbiology and immunology chair at the university, leads a research lab and reads the emails he gets from sufferers to the scientists in his lab every week. “Women want to know if there’s a clinical trial going on,” Mobley says. “We’re working on it. It’s heartbreaking, but it’s also motivating.”

So far, Mobley’s team has succeeded in creating a vaccine in the form of a nasal spray, tested on mice, that contains six possibly protective proteins isolated by the lab. Four of the proteins worked, significantly reducing bacteria in the mice’s bladders and kidneys. Mobley says he’s now stuck in “the valley of death,” which is research-speak for trying to move his findings into the pricier corporate-backed stage of clinical trials. “If you’re a mouse, you don’t have to worry about urinary tract infections,” he says, adding that he believes a vaccine will be available in the next five to 10 years.

Back in the Canadian wilderness, I didn’t let my infection ruin my adventure. After a fast, somewhat frantic trip to an emergency room and pharmacy two hours away, I drove back to my site and finished out the week on principle — better in pain with a nice view of a lake than in my stuffy apartment, I figured. And then, at the end of the spring, my UTIs went away as suddenly as they had arrived.

To this day I still pee like clockwork after sex (no cuddling for me!). The good news: It turns out my risk of infection is lower now, because research shows once you’ve kicked a bout of recurring infections for good, you’re less likely to be hit by another UTI. Still, I’m adding both cranberry pills and bottles of juice to my gear list on my next camping trip. Better safe than very, very sorry.

Here are some of the most common signs:
Once you’ve had one, the symptoms are pretty unmistakable, but for first-timers it can be troubling.
1. Burning sensation
2. Pelvic pain
3. Constant urge to pee
4. Blood in your urine
5. Incontinence

When to worry
If you have a fever, that means the infection is more serious. Some UTIs, when left untreated, can travel into the kidneys, which can lead to high blood pressure, struvite stones (a form of kidney stone), kidney failure or even death. If you have any of the above symptoms, go see your doctor, stat.

*Every story is based on one person’s experience navigating the health care maze. By highlighting an individual’s struggle and outcome, we hope to help others make smart, informed decisions. Regulations and results for any therapy vary by province and individual. Check with your insurance provider about coverage policies before treatment.

FILED UNDER: bladder infection empowered patient How to do everything better lady bits UTI