The simple test that can save your life

When it comes to cervical health, things can change very quickly. Read how a yearly Pap changed one woman's life. 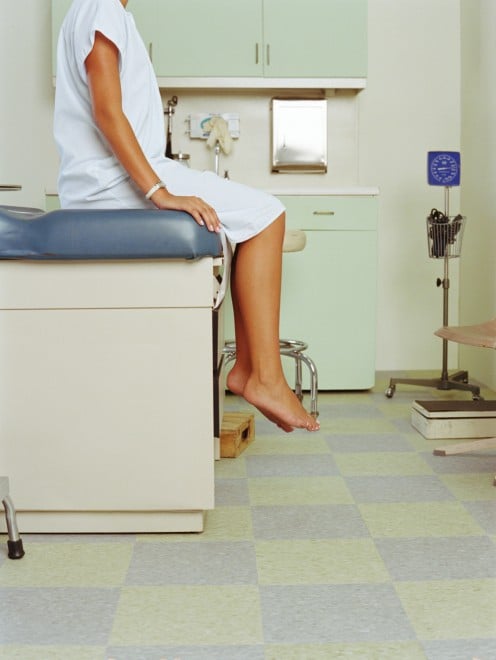 There’s really nothing about stirrups that I like. The pants always irritated me and the ones attached to a horse’s saddle were ruined for me during a school trip many years ago. And though I can choose whether or not I wear those tragic pants or get on a horse again, the one set of stirrups I can’t easily avoid are the ones at my OB/GYN. There’s nothing to like about those cold, metal devices, but last year I learned you don’t always have to like the things that may save your life.

Maintaining your health comes with some necessary evils, and for most women, Pap tests fall under this category. While they’ve never been on the top of my fun-things-to-do list, I knew they were a non-negotiable so I regularly got up in my doctor’s stirrups, and year-after-year received the all-clear — until March 2012.

The hubby and I had decided that we were ready to start trying for a baby, so our annual physicals that spring held more weight. We were trying to ensure we had the best foundation for procreation, so we made our appointments, did what we had to do, and got the initial green light once results returned. A few weeks later, I received a call that changed the entire trajectory of our plans. My Pap had come back abnormal, and further investigation was required. I heard words like colposcopy, biopsy, and high-grade squamous intraepithelial lesion, and once I hung up the phone, I did what any other Internet-savvy person would do – I headed straight to Google.

I was tentatively diagnosed with HGSIL, or high-grade squamous intraepithelial lesion, which is a form of cervical cell abnormality (called cervical dysplasia) that confirms the presence of precancerous cells. My doctor stressed that this was not a cervical cancer diagnosis however, my cells had somehow transformed to the point that I was now teetering on the threshold of full-blown malignancy. The year before (and every year before that), my Pap came back clear, so my doctor was baffled by this sudden abnormality and wanted to move quickly. “Let’s hold off on the baby-making until this is sorted out,” my doctor said.

A week later, I underwent a colposcopy and biopsy. The colposcopy felt like another Pap test, with some key differences. For one, the procedure uses a tiny camera, so I was able to watch the entire thing. That gave me the chance to check “See your cervix on a 50-inch TV screen” off my bucket list. Also, the colposcopy requires the use of an acidic solution that’s swabbed around the cervix and turns any lesions white for easy identification. After a minute post-swabbing, I was able to see areas of my cervix become lighter, which confirmed the presence of the lesion – but the biopsy was what would confirm the level of abnormality.

A cervical biopsy was something that I definitely couldn’t prepare myself for, but it just turned out to feel like the oddest set of tiny internal pinches. I wasn’t in agony, but I didn’t giggle either. It just felt…weird, but by the time I tried to process exactly what it felt like, it was over. Then, it was time to wait.

The results came in and confirmed the presence of HGSIL. No one could explain the rapid rate of abnormality given my prior clear results, but discussions about HPV (human papilloma virus) and the fact that I never received any vaccinations against the virus were bantered about. At any rate, the time for action was now, so I was scheduled for surgery (on my birthday, no less!) to remove the lesion. I underwent an outpatient procedure called a LEEP – loop electrical excision procedure – which uses a low-voltage wire to cut away tissue under anaesthetic. After about 20 minutes, it was done. The rest of my birthday was spent in a groggy, crampy fog, but I was glad the worst was over.

Subsequent follow-ups have confirmed that the LEEP removed all of the HGSIL, and I now have a happy, healthy cervix! I continue treatment with colposcopies every six months for the next two years, and shots of Cervarix, a vaccine that my doctor said is often prescribed to women who develop cervical dysplasia. Cervarix helps to protect against HPV 16 and 18, the two strains that lead to the majority of cervical cancer diagnoses. Cervarix also helps to boost immunity for women who have undergone treatment for cervical dysplasia, so my health-conscious self did some research and decided to go for it.

I’ve never felt the kind of emotional roller-coaster that I did when this all started last spring: fear, confusion, fear, disappointment and finally some relief. We often take our good health for granted, but life has a way of making us stand up and take notice of the privilege of being healthy. There’s power in prevention, and therefore, I’ve become the world’s biggest Pap test cheerleader. Cervical cancer is highly treatable when diagnosed early and Pap tests are your prime screening tool, skipping regular tests would be a huge disservice. Looking for more info on cervical health? Check out the Canadian Cancer Society.

I may not wear the pants, and I may not get on a horse, but I sure am thankful for my doctor’s stirrups these days…I may not like them, but I love my cervical health.

How often do you get a Pap done? Let us know in the comments below.