Five surprising ways you can increase your fertility

It's National Infertility Awareness Week, and to help shed light on this growing issue, we spoke with Dr. Victoria Maizes about a few changes that can help boost success rates. 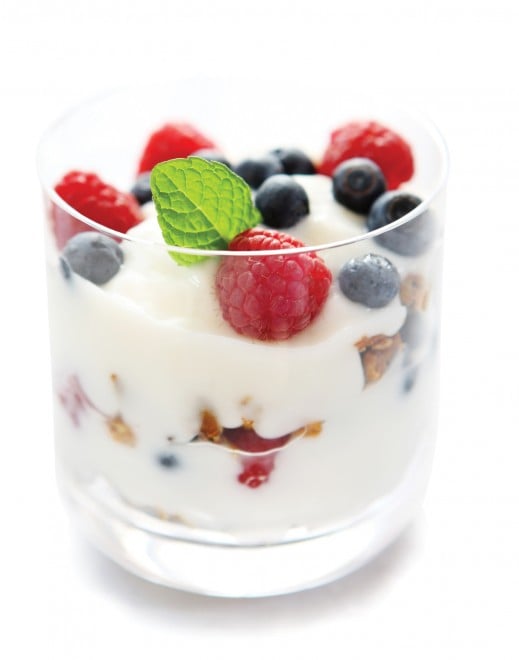 Infertility is a growing issue in North America, one that’s often seen as only a women’s problem. We had the chance to speak with Dr. Victoria Maizes, the executive director of the University of Arizona’s Center for Integrative Medicine and author of Be Fruitful, The Essential Guide to Maximizing Fertility and Giving Birth to a Healthy Child, about surprising ways women (and men) may be able to boost their fertility. And though we know there’s no quick-fix, we hope these ideas will provide a bit of insight into boosting your chances:

1. Switch to whole milk
Put down the skinny decaf lattes and order yourself a whole milk one instead. “When women consume whole milk products, they are more fertile and more likely to conceive and less likely to have what’s called ovulatory infertility, the most common cause of infertility, than when they do non- or low-fat,” says Dr. Maizes. Why? One reason Dr. Maizes explains in her book is, “To prepare low- and non-fat dairy, whole milk is spun at high speeds to separate the fat from the water. Hormones separate differently according to their preference for fat. Estrogen and progesterone prefer fat, so that when milk is being separated, those hormones go into that layer. Androgens, insulin-like growth factor one (IGF-1), prolactin, and male hormones prefer the watery layer — hence a glass of low-fat milk gives you more male hormones and fewer female hormones.”

If you’re not a milk drinker however, whole milk cheeses, yogurts and ice creams can also be an option.

2. Get your man to take a multivitamin
Been taking your multivitamin with folic acid? Good work. But how about your partner?

According to Be Fruitful, in a 2010 meta-analysis looking at 34 studies of more than 2,800 couples in fertility treatment, those men who took antioxidants were not only four times more likely to impregnate their partners but the rate of live birth was also five times higher. She notes that the antioxidants used in the studies included vitamins C and E, zinc, folic acid, and selenium.

3. Consider yoga…or swimming, or walking
“With physical activity, you really have to be moderate,” she says. “We have data from a number of very large trials that shows that if you are are vigorously exercising, it’s going to reduce your ability to conceive a child. This is a time to take it back a notch and walk instead of run or try a more restorative, rather than vigorous yoga.”  She notes in the book: “A survey of almost four thousand women showed that increasing the frequency, duration, or intensity of physical activity was associated with increased difficulty in conceiving. Women who exercised on most days had a 3.2 times higher risk of being infertile, while women who at any point exercised to exhaustion had a 2.3 times increased risk. These findings were independent of age, smoking, or BMI, and suggest that intensive exercise can interfere with a woman’s fertility.”

4. Lose weight
However, if you’re obese (Health Canada characterizes obesity as having a body mass index or BMI over 30), exercise could increase your fertility. “Obese women have more trouble conceiving and exercise is helpful in regulating insulin levels and helping reduce obesity. As women lose weight, their fertility increases,” says Dr. Maizes.

Noting the mixed messaging, Dr. Maizes writes: “The relationship between women’s fertility and exercise is complicated. Moderate exercise is recommended, and probably helps; extreme exercise could impair conception. For an overweight woman, exercise is particularly important as part of her weight-loss plan and enhances fertility.”

5. Measure your alcohol
While there are mixed results looking at alcohol and fertility, Dr. Maizes notes that in the Nurses’ Health Study — a study of 238,000 nurses that began in 1976 and was then later expanded in 1989 — “showed a positive association of ovulatory infertility in women who drank one or more drinks a day; less than one drink per day had no negative effect. One drink is defined as 0.6 ounces of pure alcohol. This is equivalent to 12 ounces of beer, 5 ounces of wine, 8 ounces of malt liquor, or 1.5 ounces or a ‘shot’ of 80-proof distilled liquor.”

Tell us, have you struggled with infertility? If so, what measures did you take to aid it, and what advice can you give to women who are in its midst?