How a temporary tattoo could one day track your vitals

From sunscreen pills to a cavity killer, here's some of the weird and wonderful innovations that are coming to a doctor's office near you 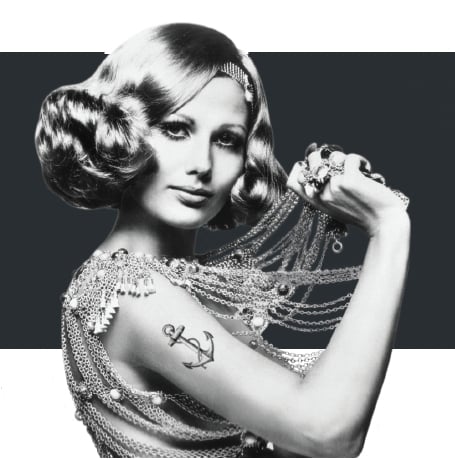 1. Techy tattoos, in development
There may soon be a nifty new way to monitor your vital signs. Researchers at the University of Illinois are working on circuits that, when stuck on your body like temporary tattoos, could be used to check how your body is functioning. “It’s almost like a second layer of skin,” says lead researcher John Rogers. The circuit, half as thick as a hair, could track your heart rate, brainwaves, muscles and hydration.

2. Sunscreen pills, in testing
Researchers at King’s College London are tapping into the power of the sea to fight the sun. Coral shields itself from harmful rays by emitting a compound made from algae and modifying it into a protective sunscreen. Scientists observed that fish feeding on the coral are also immune to UV damage, so they’re recreating the compound in pill form. The anti-sunburn pill could provide built-in sun protection for skin and eyes, potentially improving melanoma rates.

3. Immunity now, in research
Researchers are working on a universal flu shot that could make us immune to all strains of the virus. In studying antibodies of people recovering from swine flu, they discovered those people often immune to other types of the flu. “Conventional vaccines contain the right substances to induce protective antibodies against all flu viruses, but seasonal flu vaccines are made from the wrong virus,” says lead researcher John Schrader. These new findings could change that — and end the threat of flu pandemics.

4. Cavity killer, coming in 2027
Good news for your sweet tooth! Dr. Martin Taubman, a professor of developmental biology at Harvard Medical School, is working on a vaccine for cavities. This dental defender could be delivered via nasal spray and works by stimulating the immune system to produce natural antibodies that seek out and block a bacterial enzyme responsible for tooth decay. “We believe the best way to guard against cavities would be to immunize children between 12 and 24 months, before the bacteria have a chance to multiply and create decay,” says Taubman. His vaccine proved successful in rat-based studies (like us, they love sugar!); he’s currently awaiting human trials. “We’ll still need dentists in the future — but I believe it has the potential to prevent the majority of cavities.”

5. Medicine in a microchip, in clinical trials
Forget pill-popping — there may soon be a microchip on the market that can release medicine straight into your body. Created by Microchips, a maker of implanted devices, it requires a small incision (2 cm just below the waist), but the procedure takes less than 30 minutes. Electric currents from the chip release drugs according to a schedule you can program wirelessly via your cellphone. In one study led by the company, women with osteoporosis were implanted with a microchip that released bone-building drugs. The chip improved patients’ compliance with a drug regimen that would normally require painful self-injections. “This chip could be used to treat everything from multiple sclerosis to cancer,” says Microchips president Robert Farra.

Which one of these most excites you?