How to ease your mind, get smarter and really start to focus 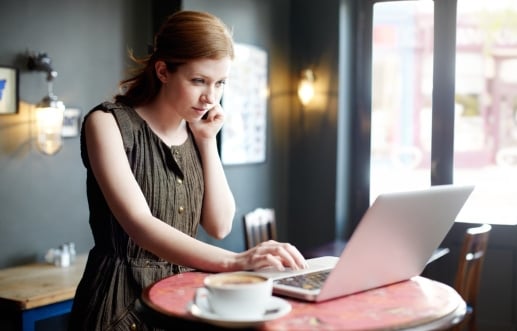 After the lazy days of summer, fall brings with it an increase in productivity. Whether you’re back to school or perhaps mentally just checking back into your work, you can use these suggestions to step up your brain game and boost your concentration levels in a world of ever-growing distractions.

1. High octane for the brain
Vinpocetine is an extract from the periwinkle plant that has been shown to enhance cerebral blood flow, prevent age related memory loss, and protect neurons in the brain from injury or degeneration. This wonder-supplement may help support brain functions such as concentration and memory by activating cerebral metabolism. As an interesting bonus, some people have reported enhanced colour vision while taking this supplement.

Bottom line: One pilot study looked at patients with pre-dementia and found that after 12 weeks the group receiving the supplement experienced a significant improvement of cognitive functions (aka, brain power). Start with a low dose of 5 mg once per day and increase to 10 mg. You can often find the supplement in conjunction with gingko biloba, another known brain booster.

2. Improve memory with phosphatidylcholine
Your brain, like the rest of your body, requires specific nutrients to work optimally. One of those is phosphatidylcholine (also referred to as lecithin), which promotes the synthesis of acetylcholine — an essential neurotransmitter involved in both memory and learning. Levels in brain cell membranes decline with age, possibly contributing to memory loss. In fact, it’s one of the supplements that I give my pregnant patients to support the development of the baby’s brain and nervous system. (I swear the babies I see in my practice are smarter for it.)

Bottom line: Take 1,200–2,400 mg a day with food. You can also opt for a tbsp of lecithin granules in your morning smoothie. Avoid if you have an allergy to soy.

3. Dose with enough omega-3
Not only can omega-3s make you smarter, the opposite is also true. According to a study published in Neurology, a diet lacking in omega-3 fatty acids may cause your brain to age faster and lose some of its thinking abilities. Researchers found that people with lower blood levels of omega-3 fatty acids had lower brain volumes that were equivalent to about two years of structural brain aging. Participants with levels of all omega-3 fatty acids in the bottom 25 percent also scored lower on tests of visual memory and executive function, such as problem solving, multitasking and abstract thinking (certainly not a recipe for a productive day).

Bottom line: I often encounter patients that take too low a dose of omega-3s or are opting for a poor quality brand. I recommend taking no less than 2 capsules (1 teaspoon) twice daily with food for optimal effects and getting a pharmaceutical grade fish oil from a health food store.

4. Boost dopamine and serotonin
Tyrosine is a building block of dopamine, norepinephrine and thyroid hormones in the body. A study looking at the effects of tyrosine on cognitive task performance found that under psychosocial and physical stress, supplementation could combat the effects that stress and fatigue have on concentration levels.

Bottom line: Take 500 to 1500 mg a day of L-tyrosine, upon rising (avoid if you have an overactive thyroid). If you have trouble sleeping, adding 100 mg of 5-HTP before bed will also help boost your serotonin levels, another amino acid that has been shown to be low in those with ADHD.

5. Smart vs. stressed with rhodiola
This herbal supplement can enhance learning capacity and may also be useful for treating fatigue, stress and depression. Research suggests rhodiola may enhance mood regulation and fight depression by stimulating the activity of serotonin and dopamine.

Studies found improved mental performance in a group of 56 healthy physicians on night duty who were supplemented with rhodiola. They tested overall level of mental fatigue, involving complex perceptive and cognitive cerebral functions, such as associative thinking, short-term memory, calculation and ability of concentration, and speed of audio-visual perception. A statistically significant improvement in these tests was observed in the rhodiola-supplemented group versus their counterparts.

Bottom line: Take 200-400 mg a day in the morning, away from food, for at least six weeks. Rhodiola is also beneficial for reducing cortisol, increasing serotonin and dopamine and eliminating stress and anxiety, fatigue and poor concentration, and even treat symptoms of ADHD.

What do you do/take to improve concentration and lower stress?