If you do anything this Earth Day you MUST watch Revolution

Why critics are saying this could be the most important film ever made. 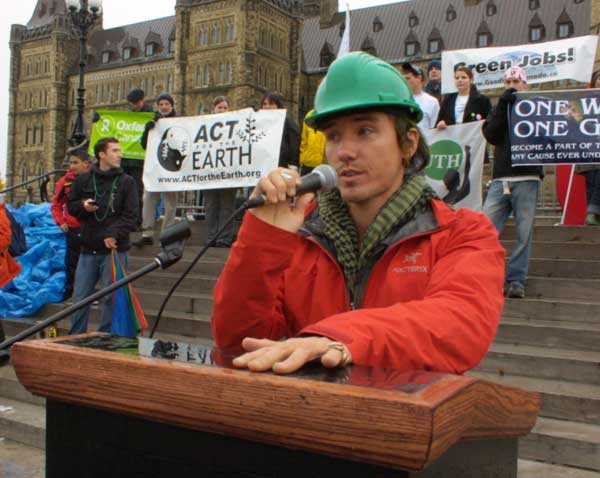 Rob Stewart was the MC at Powershift Canada speaking in Ottawa about climate change. This rally is shown in the full-length release of Revolution, in theatres now.

In 2007, documentary filmmaker Rob Stewart wanted to save the world’s sharks. The Toronto-born director’s award-winning film, Sharkwater, drew attention to the plight of the ocean’s most infamous and misunderstood predators, and spurred many countries to ban the inhumane practice of shark finning.

This year, Stewart is even more ambitious. He wants to “save the humans” by saving the planet.

His new doc Revolution shines a light on the eye-opening problem of ocean acidification, a process whereby pollution renders the ocean acidic and therefore unfavourable to marine life. Through raising awareness on the issue, the filmmaker aims to kick-start a philosophical and cultural sea change when it comes to thinking about the natural world.

On the phone from Toronto, Stewart spoke to us about Revolution, what the average person can do to better the planet, and his hopes for an Earth Day revelation.

Q: Based on what you learned filming Revolution, what’s the biggest environmental problem facing us now and in the future?
A: The biggest environmental issue on the planet right now is ocean acidification. It’s ocean acidification that’s caused four out of the five mass extinctions in the past that have wiped out most life off the planet, including the one that wiped out the dinosaurs.

We’re now causing the oceans to go acidic faster than three out of four of those extinctions. So, we could be precipitating a mass extinction on our planet — that’s a far bigger issue than cutting down the trees or causing the climate to change.

Q: What’s causing it?
A: There are too many people consuming too much on this planet and one of our effluents is carbon dioxide, which is causing ocean acidification. And there’s too many people consuming too much because we’ve built this system on growth. Our economy requires growth, our civilization requires growth: more money, more people, more input…and you just can’t have that on a planet that has a finite amount of resources. We’ve got to scale our aspirations back a little bit to suit surviving on this planet. 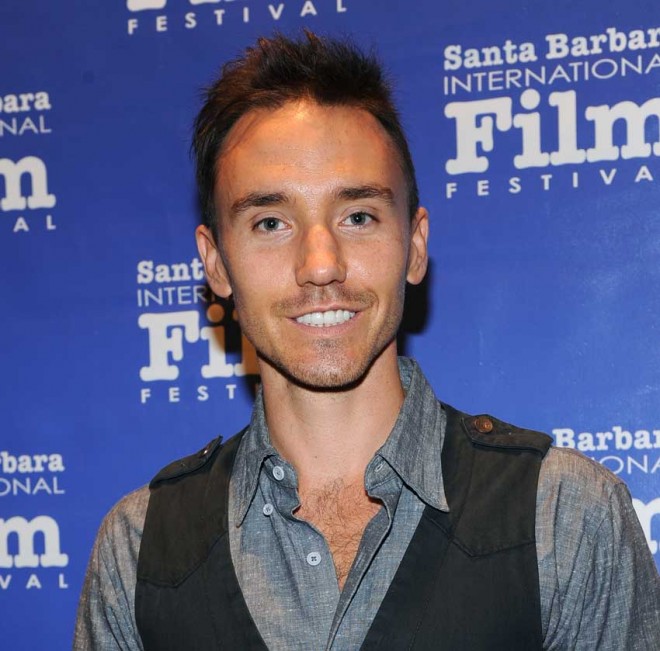 Q: What practical changes can the average person make to affect a positive change?
A: Consume less stuff. And if you do buy something, buy something of the best quality that you can so that you have it forever. Buying something that’s disposable, buying a cheaper product that isn’t going to last as long, buying without a warranty — those things are part of the disposable culture that is part of the problem.

Move to organic and sustainable farming. I know it’s more expensive, but if you’re not eating organic you’re sort of stealing from the future in a way. You’re artificially propping up the production capacity of the land, but that comes at a cost.

Q: Documentaries like Revolution are wonderful but the information it contains can be overwhelming — not to mention scary. How can we counter that feeling of despair?
A: Not everybody has to do everything. Seven billion people got us into this mess, seven billion slightly different behaviours would get us out of it. Not everyone has to save the world, but everybody [behaving consciously] would have a profound impact on where this world is going.

Education is the biggest most important thing.

This world could be amazing if we designed it right. We need to change some things, but the process of change is going to be fun — it’s going to be amazing. It’s going to call humanity to the height of their potential and kids and young people are going to get to be heroes. It’s a positive thing. People shouldn’t get overwhelmed. People should try to do their part. Step it up and help push the revolution!

Q: Sharkwater played a role in some countries banning shark finning. What practical aims do you want Revolution to achieve?
A: I hope people come away with a love and understanding of life. Because it’s life that gives us our food, our water, our air; and for people to realize that there’s a massive revolution underway that needs help to get humanity on track to a world that’s beautiful for us and for millions of other species. It’s going to be a significant task over the next couple of decades to turn that around. It’s going to take a lot of people pushing really hard because it’s going to be pulling some power from some of the most profitable corporations and governments in the world. But it’s necessary. This is what we have to do to evolve, to stay alive as a species on this planet. I hope everyone gets involved in some way — an all hands on deck kind of thing.

Q: What kind of revelation do you hope for people on Earth Day?
A: I’m hoping Revolution is the Earth Day revelation. We tried to pack all the info that humanity needs to know right now into one movie so that people can come away from it engaged, involved and relieved of the moral burden of doing wrong. If people are armed with this education then our emotions can guide us to a world that works. No society or government is guiding us to a better future. It’s got to be us.

You can watch the trailer for Revolution below and let us know what you’ll be doing for Earth Day in the comments section.