The Dove Real Beauty viral video you must watch!

Flannery Dean weighs in on what this video means to her. Have a watch and tell us know what you think in our comment section. 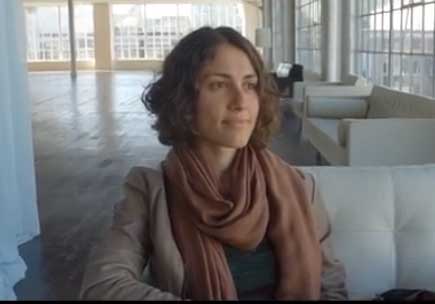 A participant from the latest Dove Real Beauty campaign

When it comes to women and self-image, especially as it plays out in various media, there is a ruthless dichotomy at work. On the one hand, we are earnestly instructed to celebrate what makes us beautiful, regardless of our size, age, shape or the fullness of our lips.

On the other hand, the same message appears beside headlines demanding to know who wore it best, how much weight she gained during pregnancy or why she still has a spare tire six weeks after giving birth.

The tokenism implicit in all those feel-good messages is no match for the consumer-and-marketing driven real-world scrutiny that ‘outs’ any woman not deemed red-carpet ready. While we may know that even Angelina Jolie doesn’t resemble Angelina Jolie on Saturday morning, it doesn’t prevent us from continuing to compare ourselves unfavourably with Photoshopped images that have no existing comparable in nature.

Our shared complicity is on abundant display in a video gone viral and shot by Dove in its Real Beauty sketches campaign. Women are paired with members of both sexes as they await an individual audience with a forensic artist from whom they are separated by a curtain. The artist quizzes them about their appearance as he draws what he hears: “Tell me about your hair…your chin…”

The women inevitably decry their own appearances. They have a familiar litany of complaints, wide jaw, crow’s feet, too many freckles, a fat face, protruding chin, dark under-eye circles, fatigued expression.

The people with whom they were paired describe them quite differently in a separate session with the artist who again draws what he hears: nice thin chin, sparkling eyes that light up when speaking…

Each woman was stunned and emotional to see the two portraits and how they differed. The self-described picture was inevitably harsh while the stranger-generated portrait — the face we present to the world — was gentle and flattering. Interestingly, the former also tended to be the portrait of someone you might not want to know, closed-in and unhappy, an interior portrait, maybe, while the latter picture showed someone more open and approachable.

Makes you wonder and in a way that transcends Dove’s initial obvious intent — just who is that tightlipped misery that we imagine ourselves to be? And what are the factors contributing to her unhappy self-portrait? Watch the video below and let us know your thoughts in our comment section.

FILED UNDER: Beauty chatelaine-daily self esteem