Guess which country drinks the most excessively...

See where a new study ranked Canada when it comes to our drinking habits. 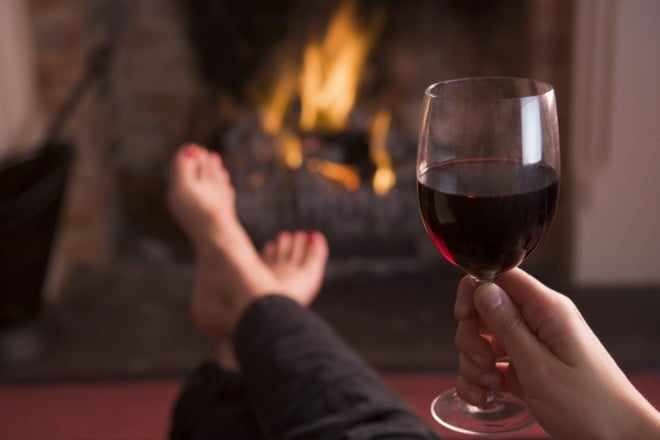 Who doesn’t enjoy a nice glass of wine in front of the fire?
Photo by Masterfile

It’s the end of a long week — hallelujah. But if you plan to unwind with some friends at the bar after work, it might be wise to reconsider. Might we suggest a movie? Or board games, instead? Science Daily draws attention to a new study by the Centre for Addiction and Mental Health (CAMH) that reveals Canadians make up some of the world’s most active and excessive consumers of alcohol.

There are certainly worse things to be known for, but the implications of this behaviour can be far-reaching. The study goes on to isolate alcohol as the third leading cause of disease and injury globally. Ouch. Suddenly that post-work drink and walk home on the icy sidewalk doesn’t sound like such a good idea.

Published in the March issue of the academic journal Addiction, the research — which formed part of a larger look at global patterns of disease and injury — revealed a few interesting facts about excessive drinking.

For one, it found a link between alcohol consumption and more than 200 diseases and injuries. Alcohol is associated with a diverse range of afflictions from cancer to car accidents to liver disease.

The group’s findings also reveal patterns of drinking by geographical region. Europeans and people who live in Sub-Saharan Africa consume the most alcohol. And people in Southern Sub-Saharan Africa and Eastern Europe indulge in the most dangerous kinds of excessive drinking. And North Americans are catching up, suggests the research.

Canadians, in particular, appear to have a taste for excessive drinking — racking up a rate that is 50 percent more than the global average. The findings suggest a need for greater public awareness about the health implications of excessive alcohol consumption says the study.

How many drinks do you typically have in a week?