Plastic surgery in China has turned from an interest of vanity into a belief that a better nose can get you a better job and even improve your life. 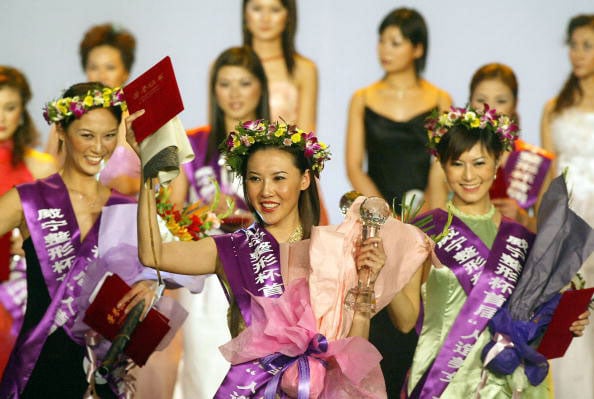 Maturity may resist precise definition but most of us recognize it when we see it.

Increasingly, however, public examples of mature adulthood threaten to become as notable as the sighting of a rare bird.

Sometimes being an adult starts with looking like an adult, which means making your peace with the dismantling effects of time — to this end, it helps to have a sense of humour and a talent for humility.

If, as novelist Martin Amis, has observed more than once, old age renders us ‘ugly,’ then the compulsion to re-create the beauties of youth through drastic cosmetic re-design makes us silly at best and at worst, vain.

It’s not a sin to secretly lament your sagging jaw line or wobbly neck — for women in the public eye, normal aging must seem like the greatest terrorist threat of all — but that’s where it helps to have a mature perspective, unless, of course, we like being teenagers sausaged between middle-age casing.

Compliance and complicity may be among our least attractive contemporary traits.

Feminine anxiety about beauty, however, isn’t restricted to Hollywood or Orange County. In China, according to an article in The Daily Beast, women are turning to plastic surgery in staggering numbers to satisfy the demands of a culture that cherishes youth and a government that considers unmarried females over 27 to be “leftover women.”

Writer Joanna Chiu says that many Chinese women believe that “beauty is capital,” and youthfulness and attractiveness, even the artificial kind, will pay big dividends for them personally and professionally. “Your nose is too flat. A well-shaped nose commands respect,” one consultant tells her.

Shockingly, she refers to vocational schools for female flight attendants and their practice of “herding” aspirants toward the gleaming scalpels of plastic surgeons, waiting to carve out more conventionally attractive, i.e. indistinguishable, fly girls.

No mention as to whether youth and beauty are job prerequisites for their male counterparts.

What’s your take on this troubling trend?