The breast cancer treatment that could change everything 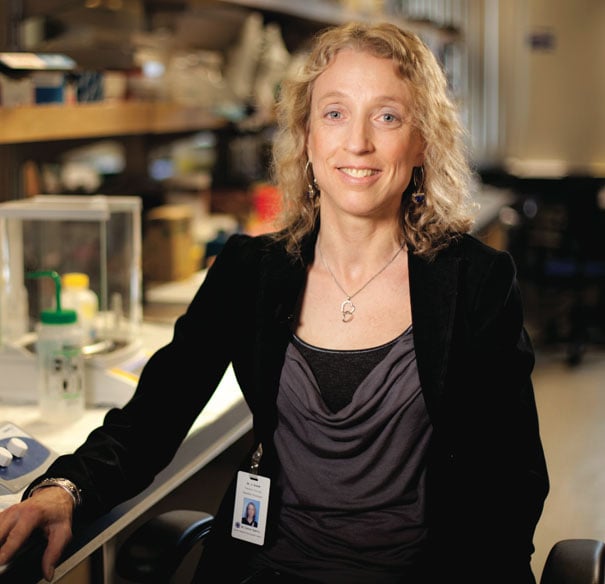 Juanita Crook, professor of radiation oncology at the University of British Columbia.

Did you know that 62 percent of breast-cancer patients will need radiation this year? It’s typically a gruelling three- to six-week process, with daily treatments, five days a week. Not only does it damage skin (causing spider veins, peeling and redness), but a 2012 Canadian report revealed that the greater the distance a patient has to travel for radiation, the more likely she is to choose a mastectomy.

“Brachytherapy has the power to change all that,” says Dr. Juanita Crook, a radiation oncologist at the British Columbia Cancer Agency and a passionate advocate for the use of brachytherapy in breast-cancer treatment. “The burden of disease is challenging enough. We must actively seek less toxic, more convenient ways to deliver care,” she says.

Why brachytherapy?
This form of radiotherapy has been used for decades to treat prostate cancer. It involves a physician implanting radioactive “seeds” (about the diameter of tiny pieces of mechanical pencil lead) inside or near a malignant tumour. The seeds work like tiny time-release capsules, blasting the affected area directly instead of through layers of healthy tissue, as in standard radiation treatment. It also takes hours, not weeks; has little impact on healthy cells; and it’s more effective at killing cancer cells for good.

Crook learned it might be a viable option for breast cancer when she met Dr. Jean-Philippe Pignol at Toronto’s Sunnybrook Hospital. Pignol had adapted the technique for breast cancer and asked her to work on a few cases. When Crook moved to Kelowna, B.C., in 2009, she brought the technique with her. How effective is it? Crook points to Pignol’s success in Ontario. “He’s treated more than 100 patients, and the recurrence is about 1 or 2 percent,” she says. In 2012, Crook treated her first six women at the BC Cancer Agency, who are all spreading the word.

Who’s a candidate?
Brachytherapy is most effective in women with grade 1 or 2 breast cancer that hasn’t yet reached the lymph nodes. In the one-hour procedure, Crook places 50 to 100 seeds near the cancer site with fine needles. “We put radiation directly near the cancer,” she says. “Nothing is more precise than that.” The seeds then deliver radiation inside the body for two months. That’s it. They don’t even need to be removed.

Her race for the cure
Access to funding, support and training is tough, but momentum is building. Crook alone has raised thousands of dollars, and the avid runner has done a marathon to help her cause. Her goal is to make brachytherapy more widely available.

“When word gets out, women will say, ‘All my friends had weeks of radiation, but I heard there’s an easier way. Why isn’t it available?’ Then it will snowball. Once you get more support, you can ask your local cancer agency to make it a standard treatment. That’s how change happens.”