Do people really still believe in base tans?

With skin cancer rates on the rise, it's alarming how many people still hit the tanning salon for a pre-vacation primer. 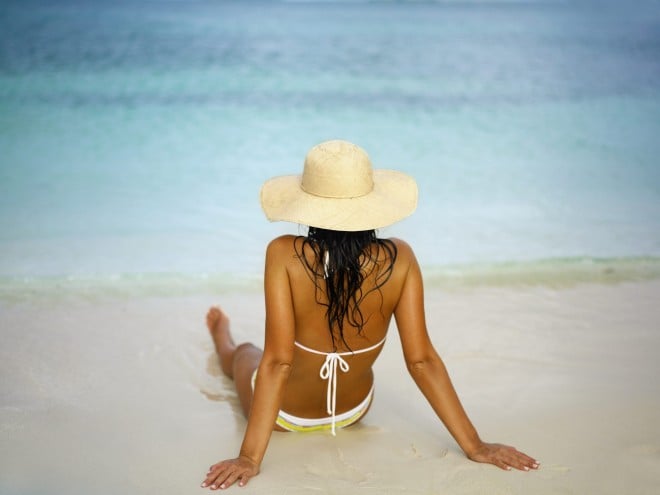 It may be time to address our peculiar definition of good health, which puts a premium on appearance. I say this as someone who once worked out and dieted so diligently to lose the frosh 15 (nearly a decade after I’d gained it) over the course of a summer that I broke my foot and became anemic.

Clearly, I didn’t have the right idea about what constitutes good health, but rather became fixated on the image of myself (distorted, exhausted) I saw in the bathroom mirror.

The popularity of tanning beds is yet another instance in which we appear to choose the appearance of good health over the reality. We want to seem burnished with a healthy glow, like some kind of exotic human fruit bursting with ripeness, but in so doing we may be compromising our well being. Rather than bursting with radiance, most of us wind up looking like a wizened Florida orange for our trouble to boot.

Nobody is going to look at Tan Mom and think, “Wow, what a picture of wellness she offers to the world.”

Research suggests that exposure to tanning beds elevates the risk of many skin cancers, melanoma, the deadliest form, in particular. The sun may get a bad rap but tanning beds can potentially emit more dangerous UV rays. And yet, cosmetics companies champion the ideal of bronzed skin, promoting the appearance of health over its far more important reality.

To combat the marketing and to equip people, especially teenagers who are vulnerable to pressures related to their appearance, the Canadian Cancer Society has created a video that aims to inform teens about the dangers of falling for the hype about tanning.

The video, which you can see here is a little too stylized for its own good. It’s designed to rally support among youth for proposed legislation that would ban minors from tanning beds. But if I were a teenager, and thank god I’m not anymore, I would have found the quick-cut editing, disjointed imagery and random messaging, both confusing and insulting.

The video should have done a better job of clearly communicating the risks that are associated with heading to a tan bed for that elusive (and completely outlandish) “base tan” before a sunny vacation, for prom night or before the start of summer. The truth is any tanning of the skin is a result of skin damage. Getting a starter-tan isn’t going to prevent you from burning — staying out of the sun will!

A well-intentioned failure, the video overlooked its strongest weapon for rallying support for the proposed legislation. That weapon is the name of the proposal currently before the Ontario government: The Skin Cancer Prevention Act.