Scientific American reveals the six-word mantra that will take you from enraged to enlightened in a matter of days. 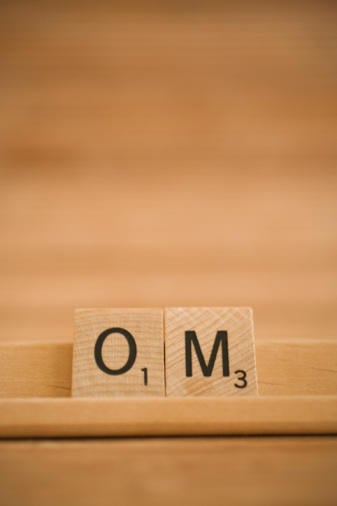 Life can be so good. I’m often reminded of that fact in the mornings when I take my dog for a walk in my neighbourhood, just the two of us, trotting along, enjoying the sun and the caress of a cooling breeze and making chit-chat with other early-risers and their pets.

Those are great moments. And then there are not-so-great moments, needlessly rude exchanges with other people — on public transit or in line at the grocery store — that make me long for an extended vacation on a deserted island.

An example: A few weeks ago, I watched as an irate driver shouted an obscenity at a 12-year-old girl who committed the sin of crossing in front of his car without offering a ‘thank you’ wave for letting her pass (I’m assuming he thought by choosing not to mow her down with his car he deserved some kind of official recognition).

I won’t tell you the four-letter word he used — I think it may even be illegal to call a child that — but rest assured he hold’s the title for world’s most offensive driver.

It’s needlessly unpleasant exchanges with the grumpy and aggressive personality types, which appear to be increasing in numbers daily, that can sometimes result in a feeling of hopeless despair.

But despair not. Because meanness, pettiness and cruelty may be changeable conditions after all. Or at least that’s the message I took away from a recent study, from Scientific American, that found that human beings have the potential to increase their capacity for niceness and empathy simply by trying to do so.

The method they used: compassionate meditation.

For two weeks, participants took part in daily compassionate meditation sessions that lasted 30 minutes. During the half-hour sessions they contemplated an individual and repeated the phrase, “May you be free from suffering”.

It may sound goofy, but it’s effective. The participants showed a marked increase in their empathy levels after the two weeks were over (see more ways empathy can improve your relationships).

As Scientific American writer Christie Nicholson notes, the study suggests that “empathy appears to be like a muscle — it can be built up by exercise that causes actual physiological changes.”

Here’s hoping that the irate driver feels inclined to exercise his empathy muscles in future — if not for the 12-year-olds of the world, but for the sake of his blood pressure too. In the meantime, I’ll be chanting my own silent, “May you be free from suffering” on his behalf.