Was it snow that made me happy?

You can’t argue that it’s been a weird winter so far—in Toronto yesterday, well, we ended the last day of January with 10C temperature. Those few centimetres of snow that fell the day before have melted away, rushing past my driveway in a race to reach the storm drain. 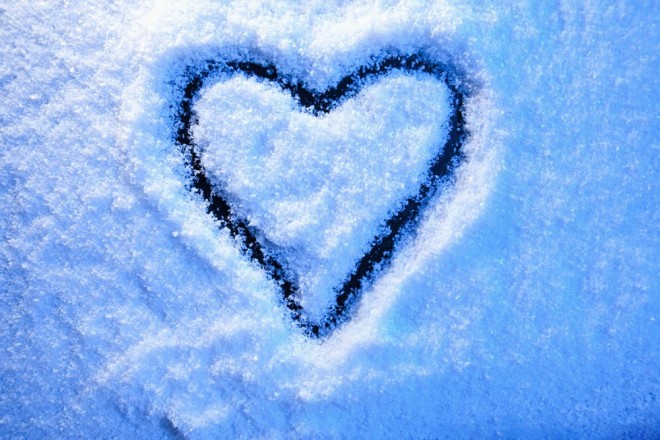 You can’t argue that it has been a weird winter so far—in Toronto yesterday, well, we ended the last day of January with 10C temperature. Those few centimetres of snow that fell the day before have melted away, rushing past my driveway in a race to reach the storm drain.

I don’t know if it’s the lack of snow hills on my front lawn or the fact that I can count on one hand how many times I’ve worn my winter boots this year, but it feels like the winter is never going to make it here. The lack of snowy weather is leaving me with a touch of the winter blues, without the actual winter.

Instead, when I look out the window or up at the sky during my runs, all I see is bleak, blah grey. And when I head outside, I’m opening my umbrella, again, and pulling on my black rubber boots, again, too, in a race against the hard, cold rain falling from those dark grey clouds.

The blues feeling truly hit yesterday when I was standing in the schoolyard waiting to pick up my children. There, dotting the school field, were giant melting boulders of show and brave, yet rapidly disintegrating, snowmen. And in between them? Grass peeking through. While I loved the fact that the kids got out to play in the snow while it was there, it felt like such a sad sight. Those snowmen had no chance against our unusual January temperatures.

Let me straighten one thing out—I’m not necessarily a lover of this all-star Canadian season. At least I didn’t think I was. I skate a bit. I don’t really ski. I’ll toboggan on occasion. I do run in the snow though. Perhaps I’m in a “you don’t appreciate what you have until it’s gone” state.

Or, I started to wonder, maybe I’m experiencing an odd twist on Seasonal Affectiveness Disorder (SAD), also known as the “winter blues”, where you kind of feel a little sad, maybe even a little depressed, during the late autumn and winter months. Yes, I have been feeling pretty tired lately, something I’m trying to battle with a healthy dose of exercise. Oversleeping? Yup. Difficulty concentrating? Sure. (Although I blame Facebook and Twitter for that.)

So what to do? I don’t think I’m at the place where I necessarily need to turn to light therapy to help me feel happier again this time of year. As it turns out, getting back to running and adding a new boot camp class to my routine can help, reports the Mayo Clinic. Add to that to my new resolution to open the blinds more when I’m at home to let whatever sunshine is out make its way into my home.

What about you? Are you feeling SAD this time of year?

p.s. Have you started your Gratitude Adjustment yet? If so, I’d love to hear what you’re doing and how it’s working for you, which I may share in an upcoming post. Drop me a line below or on Twitter at @AstridVanDenB to let me know.