Want to eat less? Find out how to plan ahead for a healthy day

Losing weight doesn't have to be a battle. Work these healthy habits into your routine and you'll eat less — automatically! 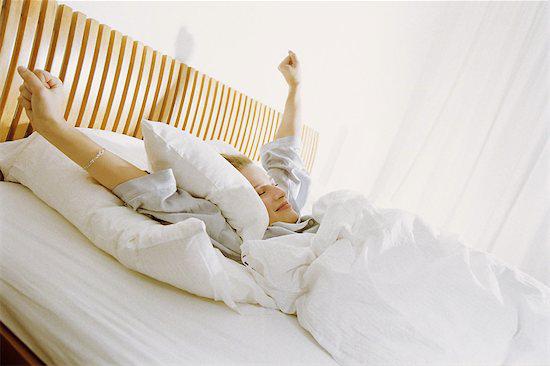 Losing weight doesn’t have to be a battle. Work these healthy habits into your routine and you’ll eat less — automatically!

First thing: Eat breakfast!
“Have a bowl of cereal, a piece of toast with peanut butter, a glass of milk — anything,” says Dr. Tom Warshawski, chair of the Childhood Obesity Foundation.

Pack your lunch
“There’s a correlation between eating out and unhealthy weight, just because the portions are often too bit and we also tend to eat a lot of things which are quite tasty,” says Warshawski. If you do eat out, fight back against the super-sized meals by splitting a meal with someone or ordering an appetizer.

Sit down for dinner
Eat supper together, and your whole family is more likely to lose weight — and to have better mental health in general, says Warshawski. “At suppertime, make sure that you have lots of whole grains, lots of vegetables, and no sugar-sweetened beverages,” he says. He also suggests using smaller plates, and waiting 15 minutes before you take your second helping (that’s about how long it takes to know that you’re full. “If you do that, you’ll get full without too many calories, because you’re choosing the right food.”

Squeeze in a workout
“While anything is better than nothing, 60 minutes is ideal,” says Warshawski. That doesn’t mean you have to sign up for bikini boot camp; a brisk walk or run will do the trick.

Hit the hay
We know it’s hard, but turn in on time, and set yourself up for success tomorrow. “There’s a correlation between lack of sleep and weight gain,” says Warshawski. “If you stay up later, the hormone that promotes feeling full starts to drop off, and the hormone that makes you feel hungry starts to increase.”