View yourself as beautiful, not flawed 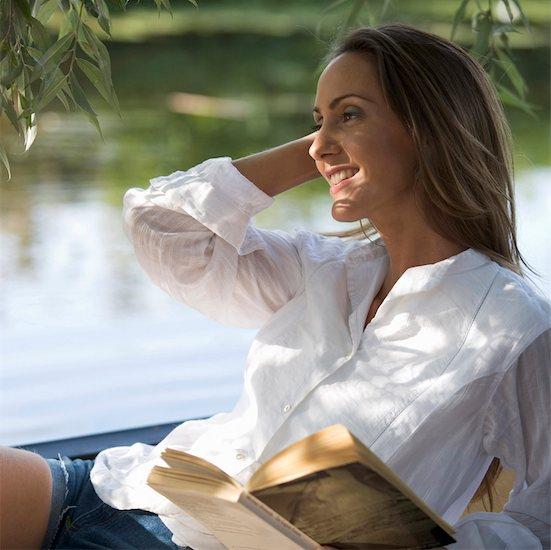 Women spend so much time fretting over their appearance. But what if we could just stop, embrace who we are and experience all of the best things about life instead of worrying about things we can’t (or shouldn’t) change. We asked Rosie Molinary, author of Beautiful You: A Daily Guide to Radical Self-Acceptance, about how women can learn to be kinder to themselves.

Q: Why do so many women choose negativity and self-doubt over acceptance and happiness?

A: I think that women are often schooled in insecurities, and they’re not often raised in a way that reinforces their power. Part of being the good girl sometimes is not being confident. Girls who say “I can do that” are perceived as arrogant; and it’s not the same with boys. Over time, it adds up and negativity and doubt are reinforced.

Q: And why do you think so much of our negativity is directed towards appearance? I don’t know many women who agonize over not being funny enough.

A: We talk about how people look – “You’re so pretty and what a lovely dress” – instead of really identifying specific attributes related to their personality. Appearance is a quick, easy visual, but we need to start celebrating humour and intelligence and spunkiness.

Q: Do you think that accepting yourself – including those small, niggling perceived flaws – is essential to finding happiness?

A: Accepting yourself is important to happiness, but you might still have days where you try something on and think that it doesn’t look great on you and that’s okay. But the trouble is if we were then to leave that dressing room and think “I hate my body and now I don’t even want to meet my girlfriends for dinner.” When you start telling yourself that, you stop living; you’re in a reactive place that’s never going to let you be expansive. It’s important for each of us to decide whether to be consumed by this kind of thinking.

Q: So how can a woman start to see herself as beautiful instead of flawed?

A: Women need to change the way they talk to themselves, both the private self-deprecation when we look in the mirror, and the public self-deprecation we engage in with our girlfriends. Someone says, “Oh, I have to lose 10 pounds before summer,” and then you add, “Have you seen my butt?” Find a bowl and every time you catch yourself saying something like this, you have to fine yourself for being unkind; then use that money to be very deliberately kind – whether it’s a manicure or a movie ticket. Once you become more aware of what you’re saying, and you make those deposits, your thinking will change.

Q: What would you say to a woman who doesn’t believe that she’s beautiful?

A: We want so much to normalize ourselves, but it’s our uniqueness that makes us beautiful. Think about who you find beautiful and articulate why; it’s rarely because of physical attributes. When we are unhappy with our appearance, it’s usually because we’re unhappy with something within, and finding that is the big journey. But when you become confident with what you have to offer and how you are in the world, things shift and people are able to reconcile their looks. We need to give ourselves whatever love we’re seeking.

FILED UNDER: Beauty happiness self esteem