Turn him into a mama's boy

When my daughter A. was younger it irked me that when she hung out with her dad at the playground or grocery shopping, oftentimes people would coo about her being “Daddy’s little girl.” 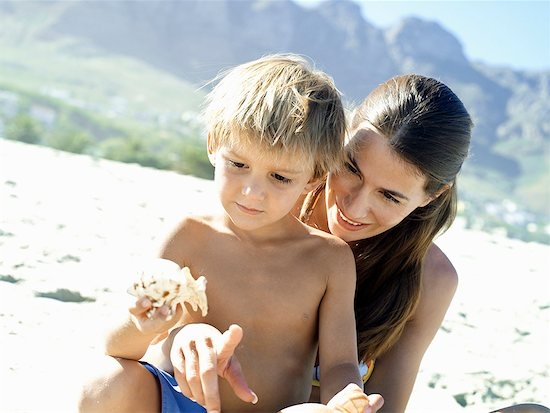 When my daughter A. was younger it irked me that when she hung out with her dad at the playground or grocery shopping, oftentimes people would coo about her being “Daddy’s little girl.”While I loved that her and her dad were so close, the labelling didn’t sit right with me.

Fast forward five years and I now have a son as well who’s 2.5 years old. But no one has ever called him “Mama’s little boy.” He hangs out with me plenty—we play puppets at our library and tackle slides and mini-climbing walls at playgrounds. I’d like to think we’re tight.

I know, I know, “mama’s boy” has a bad inference, like he’s going to still be living at home at 40 Stepbrothers-style. So when I saw this study about why being a “mama’s boy” can be good for a boy’s mental health, I called Alyson Schaefer, a psychotherapist and author of Honey I Wrecked the Kids to talk about, ultimately, cultivating a closer relationship with my son.

That includes building your relationship with your boy. “Are we showing our boys they’re important to us? How can we do that on a daily basis?” she asks. “And say you’re the kind of person who hates video games. Can you not say ‘I want to learn this game because I am interested in what interests you, even though it doesn’t interest me?”

I couldn’t shake what she said. My D. is a great solo player—loves to hang out and play cars or Lego by himself, which I’ve come to rely on while I’m, say, tackling Kilimanjaros of laundry, or hitting a deadline. But admittedly I could sit down with him more to figure out his world of cars and dinos because building our relationship will only enrich both of our lives. (And help me learn how to assemble a wooden train track!)

Then yesterday afternoon, D. inherited a bag of hand-me-down toys—think Toy Story figures, Transformers, mini dinosaurs, etc. So when D. ripped open the bag, I stopped emptying the dishwasher and instead dropped down and tried to play dinosaurs and Buzz Lightyear. It was lovely to just hang out with him for a few minutes and I silently promised myself to do more of this.

I guess that means I’ll have to figure out how to put a Transformer together.