Trick to getting your kids to eat more veggies

The latest weapon in the dinnertime battle between picky eaters and parents is already in your fridge. 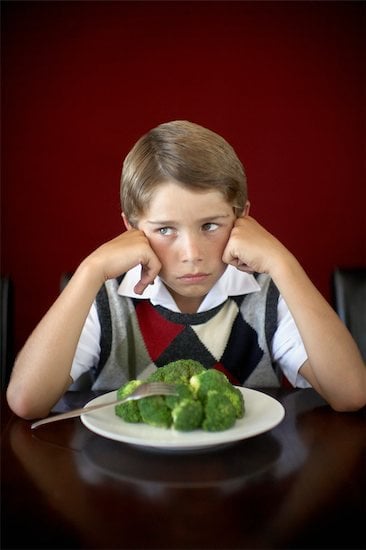 The latest weapon in the dinnertime battle between picky eaters and parents is already in your fridge. A spoonful of ranch dip makes kids eat more veggies, reports a study in the Journal of the Academy of Nutrition and Dietetics. The dip counters the vegetables’ bitter taste — which as many as 70 percent of children have a genetic predisposition to dislike. When researchers gave a group of preschoolers broccoli, those who were served portions with 2.5 ounces of dip ate more than those who weren’t. “We think it may help to pair a familiar flavour with a new food, and we also think a slight salt factor could play a part, because it masks bitterness,” says lead researcher Jennifer Orlet Fisher. She took her research home, testing the dip theory on her twin preschoolers. “One of my sons has the bitter sensitivity, and the other doesn’t. It was wonderful to see the one who’s bitter sensitive become less wary with a bit of dip.”

Try it tonight: “A small serving of dressing may help even the pickiest eaters learn to like their greens,” says Fisher.