To compete in a triathlon, you need to be able to do three things: swim, bike, and run. But let's face it, if you hope to have fun on race-day, you need not only to be able to do these things, but to do them reasonably well. This is where training comes in: building endurance and skill, over time. 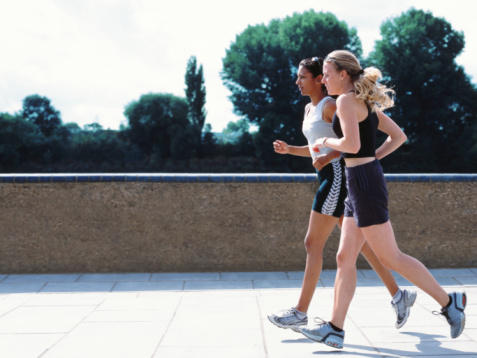 To compete in a triathlon, you need to be able to do three things: swim, bike, and run. But let’s face it, if you hope to have fun on race-day, you need not only to be able to do these things, but to do them reasonably well. This is where training comes in: building endurance and skill, over time.

I am starting from a pretty basic fitness level. I can perform the crawl stroke over short distances. I know how to ride a bicycle, but use mine mainly for the purpose of hauling children behind in an attached stroller. And I like running, but have never committed to doing it regularly.

My goal is also pretty basic: I want to complete a triathlon. I’m not in it to win or to surprise anybody else with my athletic accomplishments: surprising myself will be reward enough.

Even this will require work. To complete my chosen race, I will have to swim for 750 metres, cycle for 20 kilometres, and run for five kilometres. This distance is known as the “sprint,” which sounds ambitious to me. It is exactly half the length of an Olympic triathlon. If I enjoy race day, there will be opportunities to attempt longer triathlons. But the goal is complete the first one.

I have about nine months to prepare (and here’s hoping doing a triathlon is more fun than giving birth). Taking this project very seriously, I sit down with my day-timer and a pencil and an heroic blindness to the obvious: I am a mother-of-four with limited hours in the day.

My first training schedule looks like it has been designed by a woman with access to a space/time continuum. In this alternate universe, I will be swimming three times a week, running four times, with plenty of cycling and yoga on the side. It adds up to about fifteen hours each week devoted to exercise — a mere twelve hours more than I’m currently managing. Have I mentioned the four children, ages nine to two? I am their full-time caregiver, and I already have a part-time job as a writer.

Reality instantly encroaches: the school year begins, along with extra-curricular activities for the children; my husband is working weekends; and my organizational capacity is stretched to the limit.

I do not manage to complete even one week of my planned training schedule.

And, truly, this is a blessing.

Because as any coach could tell you, my fantasy training plan is insanity for a reason entirely unrelated to scheduling: bumping your activity level from three hours a week to fifteen, overnight, is a recipe for injury and burn-out. This is precisely when a project of out-sized ambition is most like to come screeching to a halt. But it doesn’t.

Ironically, my triathlon project is rescued by reality.

Yes, I am exercising more. But only incrementally more: enough to build confidence and strength, and to form important new habits, but not so much that all the joy and novelty evaporate.

I squeeze in a run between volunteering in my daughter’s kindergarten class and picking up my son from nursery school, mapping out a route in advance and literally running between locations. I rise early one morning each week to exercise with a friend, and discover: I can get up early and enjoy it! (After years of being woken throughout the night and early dawn by fussy babies — a challenge for most to enjoy over the long haul — this is a revelation).

By necessity, my training schedule rewrites itself, and it goes like this: start small, build incrementally, seize opportunities, and keep dreaming. The triathlon remains a mirage in the distance, many months away. But I’ve got it in my sights. And every run counts.