Looking back in 2011, it’s easy to think the bad news stories — the economy taking a turn for the worse again, losing a major Canadian political figure in NDP leader Jack Layton. Need some help in remembering the year’s great stories? Here are 10 of 2011’s happiest bits of news. 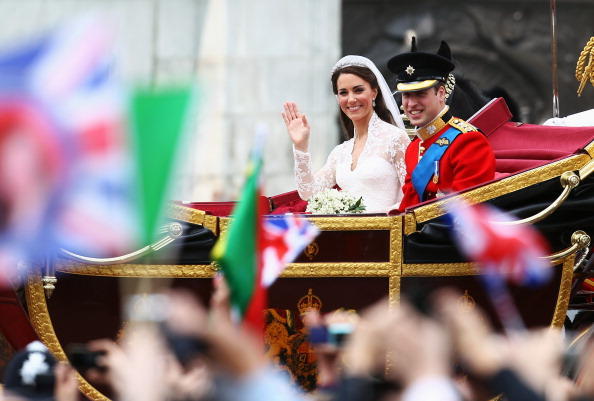 Looking back on 2011, it’s easy to think of the bad-news stories — the economy taking a turn for the worse again, losing a major Canadian political figure in NDP leader Jack Layton. Need some help in remembering the year’s great stories? Here are 10 of 2011’s happiest bits of news.

1. Will and Kate get married: This is the feel-good story of 2011. We finally see a boy who grew up in front of us — we last saw Prince William at such a public event during his mother’s funeral — marry his long-time girlfriend, Catherine Middleton, in April. It was a fairytale romance come to life, complete with celeb-spotting, kisses to ooh and ahhh over, and fashion to ogle.

2. Fauja Singh finishes the marathon:  Let’s face it — Singh wasn’t just another marathoner competing in October’s Toronto Waterfront Marathon. No, Singh was 100 years old and was aiming to nab a spot in The Guinness Book of World Records as the oldest runner to compete in a 42.1-kilometre run. And while it took him more than eight hours to cross that finish line and Singh has yet to receive his acclamation — Guinness is waiting to confirm his age — it’s a happy achievement nonetheless.

3. Adele finished on top: She was nominated for six Grammy awards this year. Her album 21 recently reached the coveted spot of the best-selling album in the U.K. for the 21st century. But the real good news here is exactly who Adele is — a singer who doesn’t flash skin, perform stripper-like dance numbers live or in videos, and who, above all, just keeps it classy. Even as she recovers from her throat surgery, the Adele love-in continues.

4. Global uprisings got results: The people most definitely spoke this year and with success. The Arab Spring set in, including Egyptian protests that led to the overthrow of president Hosni Mubarak. Next, anti-government protests began in Libya against the country’s ruthless dictator of almost 42 years, Moammar Gadhafi. He was finally caught and killed in October. And this fall the birth of the Occupy movement against social and financial inequality, which spread globally. Although some still question what the movement was trying to do, the issues Occupy wanted addressed were laid heavy on the table.

5. Canada’s crime rate dropped: Significantly. As Statistics Canada shows for the year before (the most recent statistics available), the rate has actually been dropping for almost 20 years, hitting the lowest point since 1973. Homicides dropped 10 percent from 2009 to 2010; attempted murders were down and assaults dropped as well.

6. A new dolphin species was discovered: In an age where our ice caps are melting and animals such as African rhinos, polar bears, orangutans, gorillas, and tigers are endangered, the discovery of a new species is heart-warming news indeed. In September, ABC News reported that Australian researchers discovered a new dolphin species, since named the Tursiops Australis.

7. Medical breakthroughs were made: Including critical success in a drug trial targeting prostate cancer;  the world’s first synthetic transplant (an artificial windpipe); and the discovery that fish oil could play a significant role in stopping the damage of stroke. These are just a sample of some of the major health advancements in 2011.

8. Prisoners learned to knit: As The Baltimore Sun reported in November, a group called Knitting Behind Bars at Baltimore’s Jessup Correctional Institution meets Thursday nights, thanks to coordinator and local knitting enthusiast Lynn Zwerling. The group runs for two hours weekly and is so popular that there’s a waiting list to get in. And did we mention they sell some of their wares, Comfort Dolls, on Etsy?

9. Don’t ask, don’t tell ended: This controversial 17-year-old law that forced gays and lesbians in the U.S. military the keep their sexual orientation under wraps was repealed in September. Goodbye to this dated rule.

10. Miraculous firsts: If these don’t make you smile, I’m not sure what will. First in January, Brenda Jensen said her first words in 11 years as a result of a voice box transplant. Jensen’s voice box had been damaged in 1999 during surgery. Then in May, Rob Summers from Oregon, who had been paralyzed from the chest down, was able to stand thanks to electrical stimulation of his spinal cord.

What’s your favourite happy story of the year?