I am just home from a funeral. A friend of mine, a young friend, barely into his 40's, passed away on Sunday night from cancer. It wasn't ovarian cancer but it is still this insidious disease that robs people of their lives. 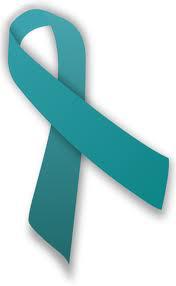 I am just home from a funeral. A friend of mine, a young friend, barely into his 40’s, passed away on Sunday night from cancer. It wasn’t ovarian cancer but it is still this insidious disease that robs people of their lives. I have never seen so many people at a funeral before and I have been to many. It was a testament to who he was as a person and the many lives that he touched while he was with us. I also think though that it was because he was so young. There were generations of people there to honour his life and wish his family well.

Several members of the family gave eulogies, including his 2 children, aged 14 and 9. I sobbed when his younger son spoke. He was so composed and spoke so well and it broke my heart to know that this young boy would not have his father with him for so many important milestones in his own life. I know that it is normal to think of oneself at these times because your mind can’t help but think about what you would do in that situation, but I still felt a little guilty while I cried because I knew that I was also crying a little for myself. Hearing that boy speak reminded me of my own daughter, only 7, and the fear I have that she may have to grow up without me. It is my greatest struggle in my fight with my cancer and I am sure that it weighed very heavy for my friend.

Cancer takes so many people when they are young and the effect is felt for years afterwards. The spouse left behind to cope, the children left without a parent to share in their lives, the parents grieving a child too soon, the siblings losing the person they were supposed to be with the most throughout their lives and the friends reminded of life’s fragility and their own mortality. It is not right. It is not fair.

Rest in peace my friend. You will be missed.