In honour of the World Health Organization's World No Tobacco Day, we would like to offer all the smokers out there some good news and some bad news. The good news is that you're not alone in your struggle. 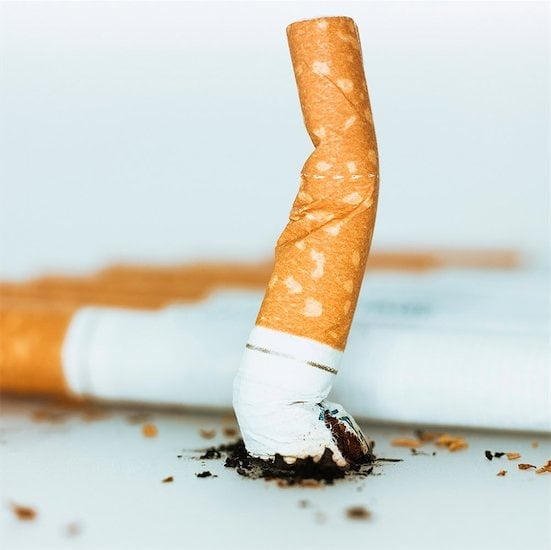 In honour of the World Health Organization’s World No Tobacco Day, we would like to offer all the smokers out there some good news and some bad news. The good news is that you’re not alone in your struggle. The most recent statistics show that 17 percent of Canadians smoke, and that more men smoke than women. The bad news? It’s still just as awful for almost every part of your body. In fact, in addition to the multiplied cancer risk, emphysema, desiccated (dry) skin and appalling teeth (and those are just the highlights), there’s new research that indicates smoking is even bad for your eyes, and has been linked to two leading causes of vision loss: cataracts and macular degeneration.

More good news? It’s possible to quit. It’s not easy, but it’s doable. Tobacco is among the most addictive substances known to womankind, and if you get hooked early (when you’re still dumb enough to exit your second-story bedroom window and scramble down a tree in the middle of the night in order to make out in a car) then it can be incredibly difficult to kick. But there are plenty of options you can try, or that you can suggest to a loved one who wants to break the habit.

First off, new research indicates that acupuncture and hypnosis can both help. Some studies have found that smokers who used acupuncture to help them quit were three times more likely to be tobacco-free six months later. Smokers who tried hypnosis were also found to be more successful. However, the researchers at McGill University suggested that smokers first try standard nicotine-replacement therapy, medications and behavioural counseling.

The established bible for smoking cessation is Allen Carr’s Easy Way to Stop Smoking, which has sold millions of copies. I know several people who have used it, with mixed success, in their own battles with the butt. But, of course, the internet is awash with tips from any number of vested interests. One interesting and potentially helpful new project is from QuitSmoking.com, who have launched The Quit Smoking Tips Challenge, a Facebook contest to gather the most effective tips from former smokers. And it’s never too soon to start: According to one source, 1.5 million women die every year from causes related to tobacco use.