To beat depression, turn off your TV

Just in time for the winter blahs, there's new information about how to reduce your risk of depression. 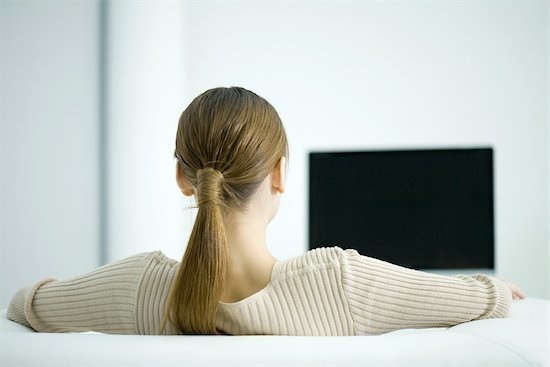 Watching television has been linked to unhappiness in the past, with some studies even connecting the amount of television you watch with the likelihood of an early death. The authors of this particular study have connected ditching the couch with a boost in self-esteem and a sense of control. Presumably, people who spend less time passively languishing in front of the TV are more likely to be out doing fun things they have actively chosen.

What are these people doing, exactly? Going to wine tastings, speed dating, heli-skiing? I have no idea, but I usually find that just picking up a book every now and then is more fulfilling than spending night after night in front of inane shows and their equally inane commercials.

Plus, being active releases happy-making endorphins; our bodies actually quite like to be in motion. Intensity of activity, however, was deemed relevant by the study. Women had to, at the very least, walk at a brisk pace in order to derive anti-depression benefits. And why the connection between TV and exercise? The thought is that women sometimes substitute TV for activity — in other words, we park ourselves on the couch and watch other people doing stuff instead of doing stuff ourselves.

So maybe it’s time to sign up for that wine tasting? And be sure you walk over. Briskly.