Protect your family from health issues caused by mosquitoes, smog and allergies 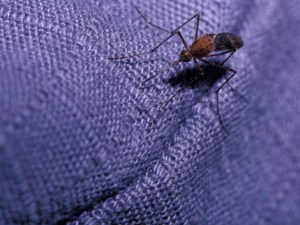 One of the common myths surrounding West Nile virus is that it’s only a threat to people in rural areas. In reality, mosquitoes are present across Canada from big cities to backcountry and they thrive around stagnant water. The Public Health Agency of Canada recommends clearing out anything in your yard or garden that collects water, or at least changing the water frequently.

Also, use repellent products that contain DEET and wear light-coloured clothing outside – mosquitoes are attracted to dark colours. West Nile symptoms are usually flu-like such as a fever and aches, while others may suffer from mild rashes and swollen glands. These symptoms tend to appear within two to 15 days. “Anyone who has a sudden onset of these symptoms should seek immediate medical attention,” says the Public Health Agency of Canada.

Smog warnings start to sky rocket in most cities once summer hits, but what does that mean for your health? Smog can cause a wide variety of breathing problems from minor irritation to premature aging of the lungs after long-term exposure. Environment Canada suggests avoiding exercise outside, especially near traffic during the afternoon and evening when smog levels are at their highest.

According to Allergy Action Plan, the three most common allergens during the summer are grass pollen, weed pollen and mold spores. Symptoms range from red and itchy eyes, nose and throat to coughing and dark circles under the eyes from sinus pressure.

Allergy Action Plan suggests keeping your windows and doors closed to reduce your exposure to pollen, but before barricading yourself in for the season try an over-the-counter antihistamine, or a vitamin C supplement which acts as a natural antihistamine. Also, turn on your air conditioner to remove moisture from the air (if you’re allergic to mold spores) and it filters out pollen.

For more info on smog and other respiratory issues, check out this article on healthy breathing habits.