Been hearing a lot about salt lately? So have we. A recent review of seven studies published by The Cochrane Library failed to find a link between heart disease and cutting back on salt, and set off a flurry of stories. 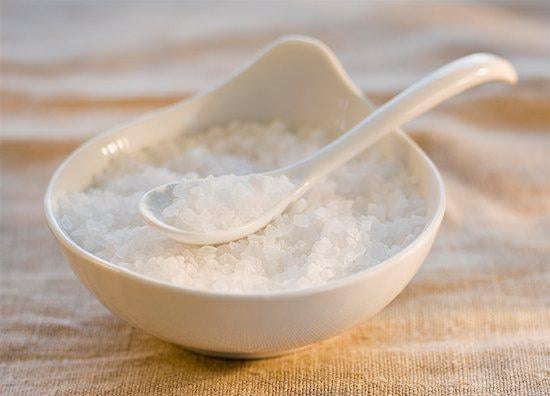 Been hearing a lot about salt lately? So have we. A recent review of seven studies published by The Cochrane Library failed to find a link between heart disease and cutting back on salt, and set off a flurry of stories. “Dietary salt cutbacks bring few heart benefits” said the CBC; “Cutting salt doesn’t necessarily lower heart disease,” said the Huffington Post.

But go beyond the headlines, and the study’s far less conclusive than it seems. “The results do not mean that asking people to reduce salt intake is not a good thing,” the study’s author, Professor Rod Taylor from the U.K.s University of Exeter, said to the New York Times and the Star. He says that while the studies’ 6,489 participants were enough to start drawing conclusions from, he would have needed a set of 18,000 to see clear health benefits.

And there was another problem: “We believe that we didn’t see big benefits in this study because the people in the trials we analyzed only reduced their salt intake by a moderate amount, so the effect on blood pressure and heart disease was not large,” said Taylor in a press release.

For some perspective, we talked to Mary L’Abbé, vice-chair of the Sodium Working Group, which created Canada’s salt guidelines, and chair of the department of nutritional sciences at the University of Toronto. The analysis wrongly included a study of people with heart failure patients, she said. “One of the principles of meta analysis is to choose the studies that report on the individuals who you want to make your recommendations for. It’s unfortunate that the studies they picked included people who have a medical condition, since that makes interpreting the results to the general population quite challenging.”

And this isn’t the only meta analysis that has been done, she says. “This is a bit incongruent with several recent meta analyses that have shown quite conclusively that there are benefits to sodium reduction, including a 2009 meta analysis of 177,000 participants that appeared in the BMJ in 2009. There have been several consistent reviews that have shown sodium reduction reduces blood pressure and cardiovascular disease.”

Bottom line? Take Moy Lum-Kwong’s advice, and watch your intake of sodium, especially in processed foods. “Canadians are still consuming too much sodium, and there is still a relationship between sodium and blood pressure reduction. Because high blood pressure is still the number one risk factor for stroke, we still recommend that people control their blood pressure, and one way to do that is also to really monitor and reduce your sodium intake.”

For more on lowering your sodium intake —– and the importance of potassium — click here.