The real cause of cancer

And more surprising facts about The Big C from Siddhartha Mukherjee, author of The Emperor of All Maladies: A Biography of Cancer 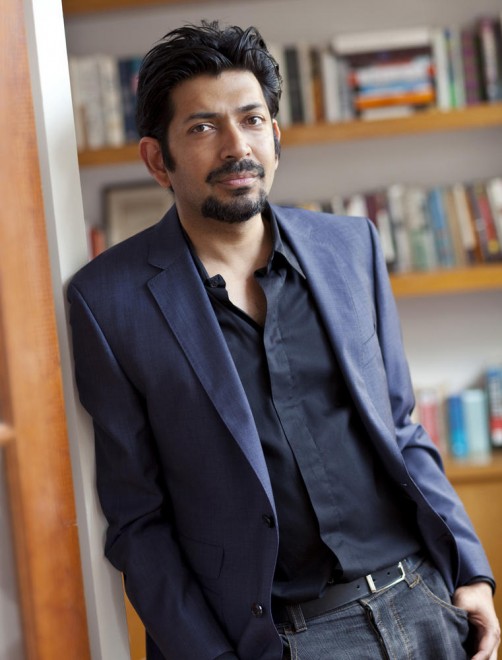 What is cancer? Where does it come from? In the often sterile and intimidating world of cancer diagnosis and treatment these sorts of questions have been over-intellectualized or downright ignored. With The Emperor of All Maladies: A Biography of Cancer, esteemed oncologist Siddhartha Mukherjee offers a fascinating and totally accessible biography about The Big C.

Q: There’s a lot of information in your book, but it’s not intimidating or clinical.

A: I wrote this book to answer one patient’s question. A woman I was treating for abdominal cancer had relapsed and at one point she said I’m willing to go on but I need to know what it is that I’m battling. And what its origins are and what its future is. And so that question was always in my mind as I wrote the book. I was really writing to her in some sense.

A: What’s amazing is that even now as we understand the genetic anatomy of cancer it turns out that “Ms Gonzales’” breast cancer is different than “Mrs. Smith’s” breast cancer. I sometimes use the analogy that it’s a little bit like looking at faces. Every face has a certain grammar to it, a nose and two eyes and so forth, and yet you can take a thousand faces and they don’t resemble each other at all. And yet there are some commonalities, and that’s what cancer resembles. There are thousands of different variations on the theme.

Q: When somebody is diagnosed with cancer, people often say, “We’re gonna fight this, we’re going to beat this” What do you think of that term?

A: Well, you know, I think for some people it makes sense and for others it doesn’t. We have to find a way to create language that makes sense for every patient. I was very inspired by Susan Sontag’s book Illness as Metaphor, and one of the things she talks about in the book is that metaphors can become punitive. If you become a fighter and you lose the war then you become a loser and that can become its own burden. But having been in this field now I find it varies from person to person. Metaphors can become empowering, [patients] need to fight, they need that energy. For others, well, a particular woman struggling with breast cancer said to me, “I don’t want to use the word fighting, fighting is my doctor’s problem. I want to make peace with my body and you figure out how to do it, you do the fighting.”

Q: There seems to be a New Age idea of ‘mind over matter’ where cancer is a collection of negative thoughts or unresolved resentments, or childhood upset or trauma. What do you think about these ideas?

A: I think they’re nonsense. This goes back to the idea of blaming the victim. In fact, there’s a medieval quality about this idea [of] blaming the breast cancer patient for their cancer. Now, that said, I do think that the mind plays a very important role in survivorship and let’s not discount that role. The mind plays an important role in dealing with the kinds of things that cancer patients deal with: chemotherapy, radiation, surgery, recovery, the idea of survivorship of course is about the psyche, about the mind, but to then turn that on its head and say that was the cause of the cancer I think is really blaming the victim.

Q: Where does cancer come from?

A: One of the most chilling discoveries of cancer biology is that the genes that allow our embryos to grow, the very genes that allow our bodies to form, our cells to divide, our brains to grow – if you mutate or activate or inactivate these genes you begin to create a cancer cell and one of the mechanisms of mutations is by carcinogens.

Q: What are carcinogens?

A: Carcinogens are chemicals or physical impulses like radiation which impinge on a cell and they essentially create cancer from a cell. That’s the simplest way of putting it. And some examples of this are, of course, tobacco, asbestos, high doses of radiation, blistering sunlight.

Q: In Canada, as I’m sure you know, we have socialized/universal health care which is a fabulous grace but can also present massive challenges. There is often a wait to receive health care. And there is a psychological burden that goes along with waiting for treatment. One of the things you talked about earlier was positive thinking and what that thinking can do to help the situation. Any advice for somebody who has been diagnosed and now they have to wait a number of months before they can see an oncologist or have a lumpectomy, or whatever it may be?

A: It is unfortunate that you have to wait but if that’s the case what it allows you to do is really take assessment of what information is available, what the uncertainties are, and how you will face the uncertainties. So that’s one major time to think about them. And the other thing I do think is, particularly for some kinds of cancer, it’s a real time to reassess your life goals and think about where you are, what your goals are for treatment, and what happens next. In some ways no one wants to wait but that waiting period can be very empowering.