The myth of vitamin C and the common cold

You’ve probably heard it a zillion times: take some vitamin C if you feel a cold coming on, and chase away illness with a gallon of orange juice. Even though we know there’s no cure for the common cold, many of us still believe in the sweet, orange elixir and don’t even question what the makers of the stuff guarantee. 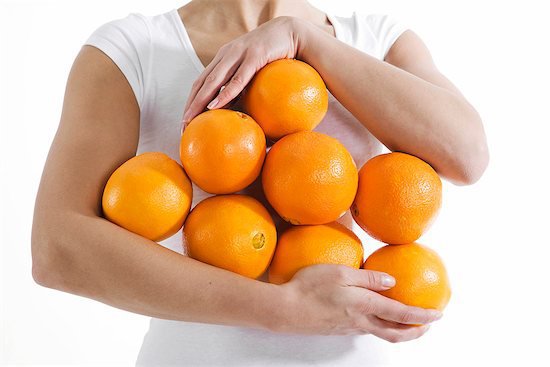 You’ve probably heard it a zillion times: take some vitamin C if you feel a cold coming on, and chase away illness with a gallon of orange juice. Even though we know there’s no cure for the common cold, many of us still believe in the sweet, orange elixir and don’t even question what the makers of the stuff guarantee: an 8 oz. glass delivers “100% of the vitamin C” needed to “maintain a healthy immune system.”

Science-ish looked at high-quality studies on the subject of vitamin C and sickness, starting with this recent Cochrane systematic review (the highest form of evidence) on the supplement for prevention and treatment of the common cold. The lead author, Dr. Harri Hemilä, of the department of public health at the University of Helsinki, told Science-ish he has spent much of his career exploring this very question—with some interesting results.

What does the evidence show us?

Ever since vitamin C was isolated in the 1930s, it has been proposed as a treatment for respiratory infections. Dr. Hemilä started looking into the effects of vitamin C supplements on the common cold in the 1980s when, he noted, there were many health claims about vitamin C being circulated and huge public interest in the subject. Perhaps no one did more to advance the case than two-time Nobel laureate Linus Pauling, who published the book Vitamin C and the Common Cold in 1970. “Pauling claimed that there was much evidence of its benefit,” says Dr. Hemilä, “yet the medical profession at large claimed that it had no effect on colds.”

To find out where the truth lay, Dr. Hemilä started conducting meta analyses (or studies of the evidence) on vitamin C and the common cold. His regularly updated Cochrane review is the most comprehensive analysis available. For starters, it sets out that there is strong evidence that popping vitamin C pills everyday does nothing to prevent colds in ordinary people. “So there is no basis (in science) for ordinary people to take vitamin C for prophylactic effects.” Interestingly, however, there is good evidence it has benefits for one specific group of people: those who undertake really intense physical activity such as marathon runners. For them, vitamin C supplementation decreases the incidence of colds by half. These findings, though, do not hold up for ordinary people, Dr. Hemilä emphasized.

Regarding the therapeutic benefits of vitamin C, results are mixed and we don’t really know the best method and dosage for administering the supplement. “Some trials found benefits, and some did not,” he says. “The number of therapeutic studies is small, the number of participants low, the conditions were quite different and not easy to compare. Therefore, no strong conclusions can be drawn from them.”

On using orange juice to combat colds, Dr. Hemilä found there are few trials on the subject (he knew of only one very small study). Moreover, the dose of vitamin C we get through orange juice is so small, it probably wouldn’t have any effect. In controlled trials about the effects of vitamin C, for example, “doses have been up to 6 grams per day, and as far as I know, that would correspond to some 18 kilograms of oranges per day and quite a similar dose of orange juice.”

So, should you take a vitamin C supplement?

It depends on what you’re after. If you’ve got a cold, and you are hoping to get rid of it faster, Dr. Hemilä said it is reasonable to take up to six grams of vitamin C supplements per day after the onset of the sickness, and see what happens. “If the patient considers there’s a benefit, we have a controlled trial level explanation, whereas if the patient feels vitamin C is not helpful, he or she can discontinue taking vitamin C.”

As for prevention, intensely sporty types may want to consider taking the supplement regularly, since there’s some evidence that it may be beneficial. For less active people, though, there is no evidence that a daily dose will help.

Orange-juice makers aren’t likely to stop branding it as a cold cure. But the persistence of the myth is not the fault of industry alone. “The most influential common cold trial was analyzed erroneously and the most important common cold review extracted data erroneously, had calculation errors, and was not consistent with the selection of studies. I did lots of debunking to show those errors. Nevertheless, the papers are still cited in medical literature,” said Dr. Hemilä. “Science is not always rational.”