The importance of reflecting on what you want

Is your sense of self-worth in need of a shake-up? Learn how to put yourself first this year. 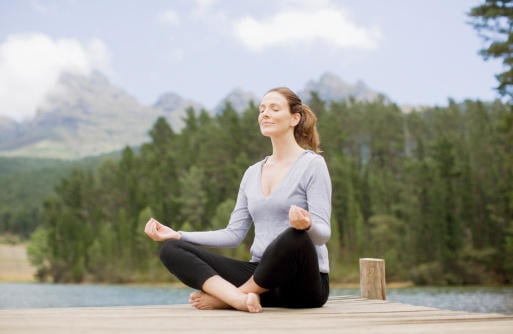 In the earliest hours of 2013 — that is, after a long sleep and huge amounts of French toast — I read a story that got me thinking about resolutions. In this month’s issue of The Walrus, Katherine Ashenburg confronts fears of fat through the very personal story of Terry Poulton, an overweight (by her own accounts) woman who has finally learned to live comfortably in her own body. In reading Poulton’s story, about her difficult history of crash diets and personal slights and obsessive calorie counting, I was even more struck by her briefly examined record with men than her relationship with her scale.

Poulton now lives alone in the quaint Beaches neighbourhood of Toronto, and seemingly contentedly so. But the story eludes to two romantic episodes, both painful. The first, Ashenburg writes, was “the intimate humiliation of living with a man who, on the rare occasions when she met his friends, introduced her as his tenant.”

The second, years later, occurred while Poulton (a freelance journalist) was in the process of trying to lose weight on a strict program for a magazine story. As her deadline approached she was subsisting on a mere 1,000 calories a day, working out double the recommended amount and travelling to another city for access to a fitness centre. When she decided to temporarily move in order to be closer to her gym, “…the man she considered the love of her life had replaced her.”

Though the references to Poulton’s history with men are brief and clearly connected to a narrative about her weight, these are strikingly unfair incidents. But they’re also sadly familiar romantic allusions. We all know friends or family members who seem eager to settle for far less than they deserve. It may be that they have lofty goals but a diminished sense of self-worth. Or it may be that the 15 or 20 extra pounds they see in the mirror somehow equals a boyfriend who doesn’t pay his share of the rent.

As we begin a new year, some of us making resolutions and others rolling their eyes at the prospect, it may be worthwhile to examine how what we believe we deserve affects our ability to meet our goals. What are you willing to put up with and how does that hold you back? Are you afraid to make a major but necessary change because you find it hard to believe that there’s something better out there for you? In your life, is there something the equivalent of being called a “tenant” by the man who’s supposed to love you?

I don’t really believe in New Year’s resolution, but I do believe in taking any chance you can get for genuine reflection. If 2013 is really going to be better, if you’re taking some time to examine how you’re going to pursue what you really want, it might be worthwhile to spend a little time examining what you’re already settling for and why.

Try asking yourself some questions:

Are you putting up with a job where your work is unappreciated because you don’t believe anyone else would hire you?

Does your partner make you truly happy, or are you just clinging to the relationship because you’re fearful that no one else would want you?

When you think back and look at the goals you set for yourself, how many have you given up on and how has that affected your life?

Are you using negative coping mechanisms – like spending money and eating uncontrollably — because you can’t face what’s really bothering you?

If you answered yes to any of these things — or you identify with the basic sentiment — it’s time to go back to the drawing board and examine why you’re falling short of the life you really want to live.

Is there anything you’re hoping to accomplish for yourself in 2013?