Why are we so allergic to everything?

What we learned from U.K. professor Matthew Smith’s fascinating history of food allergies, Another Person's Poison. 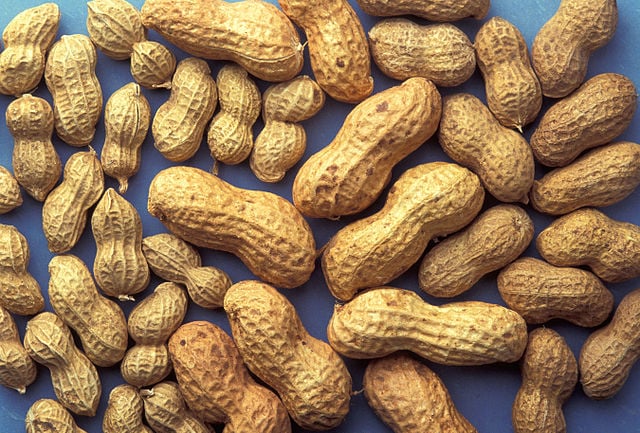 The history of food allergies is rife with conflict: feuding doctors, tension between sufferers and non-sufferers, the fight your body puts up when an offending food enters its bloodstream. In Another Person’s Poison, Matthew Smith gives a detailed account of all things allergy, including the inexplicable rise in occurrences — and the role of the deadly peanut. Here are four things we learned from Smith’s food allergy chronicle.

1. Allergists don’t get along

When it comes to allergies, there are three main camps: the first is concerned with the science of anaphylactic shock, the second is interested in how food causes chronic illness and the last group believes that allergies are a disease of civilization, an environmental warning that the end is near. They all disagree on what constitutes an allergy, as well as how it should be diagnosed, studied and treated.

Some allergists believe that any reaction to food (other than anaphylactic) is psychosomatic, while others are convinced that food is the key to all types of sickness, including mental disorders. Without any consensus, the allergists have had trouble organizing, making inroads with pharmaceutical companies and food groups and, most importantly gaining insight into the big questions in their own field: why allergies exist, why they’re on the rise and how to prevent and cure them.

2. Poets came to the rescue

While these camps bickered, allergy sufferers . . . suffered. Strangely, poets were the ones to pick up on their pain. Helen Morgan, a poet and home economist, from Pennsylvania, released a cook book in 1939 entitled You Can’t Eat That!, which offered a survey of the situation: “The numbers who are saying ‘I can’t eat that!’ are reaching millions. They are sticking to it, defiantly. Backing them are the physicians, who were the first to scoff at ‘food fads’ a decade ago. If you’re allergic you may swell up like a balloon after eating a sprig of parsley or break out in a rash after a chocolate nut sundae.” Morgan provided a sympathetic voice at a time when many allergy sufferers were seen as hypochondriacs. A few years later, an anonymous poem circulated about the strange tests and remedies allergy sufferers endured: Now that you know just what to use you sneak upon your victim, and scratch or stick, or cut or prick, according to the dictum / Some say we nearly all react. Some say it’s just a few. There’s lacking unanimity in just what wheals are true.

3. The peanut has become increasingly deadly

For the most part all this squabbling over food allergies was done out of public view. But in 1986, the New York Times told the story of Kate Brodsky, an 18-year-old college student and nationally ranked squash player, who died within minutes of eating a few bites of chili — which, unknown to her, was thickened with peanut butter. By the 1990s, the media had reported on a number of peanut-related deaths, including a Quebec teenager who died after kissing her boyfriend, who had just eaten a peanut butter sandwich. Heartbroken parents organized to influence allergists, and educate school boards, government and the food industry.

Yet, to this day there is little understanding of why peanuts cause anaphylaxis, why they are so disproportionately fatal compared to other foods, and why the cases of peanut allergies have spiked since the 1990s. So far there are only controversial theories, including linking peanut allergies to our overly sanitized environments or that breastfeeding introduces peanut proteins into infants’ blood streams too early. Still other research points to the use of peanut oil in children’s vaccines, a practice starting in the 1990s.

4. The backlash against allergy sufferers is one the wane 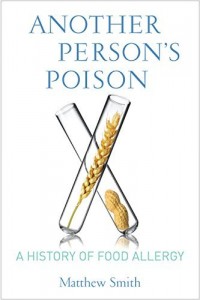 In August of 2009, the Edmonton Journal published a list of dos and don’ts for an upcoming AC/DC concert at the city’s Commonwealth Stadium. The list of banned items included guns, knives, drugs, alcohol — and peanuts. The city-run stadium had recently prohibited the food from football games and all other events, in hopes that allergic fans would feel comfortable. It didn’t sit well with some not-so-sensitive rock fans. “Bring a medical kit,” wrote one, stating he was “so sick and tired of situations where 60,000 people have to change what they do because one person can’t be bothered to look after themselves [sic] and be prepared.” Another threatened to bring in peanuts, “and nobody can stop me.” In Edgewater, Florida, parents protested the use of a peanut-sniffing dog in school, stating it was unfair to the non-allergic children. But these stories are the minority. For the most part, peanuts have made food allergies respectable, says Smith, “thrusting it into the spotlight like never before. Peanut allergy made allergy matter.”

Related:
Find out whether its a food allergy, intolerance or sensitivity
Should you go gluten-free?
Can yogurt cure peanut allergies?