Do you pick sorbet over ice cream because you think it's healthier? Nutritionist Joy McCarthy says that's not always the case. 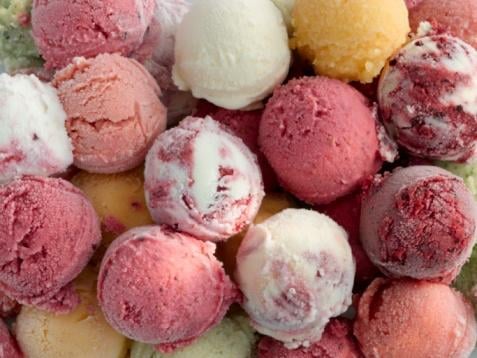 This post was originally published in June 2014, and has been updated.

On a recent hot afternoon, my friend and I were lured into a gelato shop. It took me forever to order because I wanted to get the healthiest option, opting for chocolate gelato in the end. But was that the best choice?

In an effort to find out, I contacted nutritionist Joy McCarthy at Joyous Health and asked her which of the summertime favourites is the healthiest: ice cream, sorbet or gelato?

“It really depends on each person’s individual dietary needs and what their health goals are,” says Joy. “For example, if you’re sensitive to eating dairy, then you should go for the sorbet. But if you’re watching your blood-sugar levels, then sorbets aren’t the best choice because they raise blood sugar quicker.”

I used to think sorbets were the healthier treat of the summer. But Joy explained they tend to contain more sugar than ice cream or gelatos. According to My Fitness Pal, 1 cup of strawberry sorbet has 40 grams of sugar! So does that mean we should choose ice creams and gelatos instead? Not necessarily — because ice cream and gelatos can have high fat content.

There’s also a misconception that gelatos are dairy-free, and thus contain less fat. But actually, the main difference between gelato and ice cream is in the processing — gelato is churned at a slower speed so less air gets in, which results in a denser product. Gelato also contains more milk and less cream and egg yolks than ice cream. Also, the fat content in gelato and ice cream varies from place to place, so it’s difficult to say if one has less fat than the other, explains Joy.

Unfortunately, there was no quick and easy answer to my question so I asked Joy which of the three she would eat. Her answer: a cream-based gelato due to the fact that fat slows the release of sugar, which satisfies cravings and makes you feel full for longer. When purchasing from grocery stores, she recommends choosing better-quality brands with less additives and preservatives, such as Häagen-Dazs, or organic brands such as Organic Meadow and Mapleton’s Organic. If you want a dairy-free option, I suggest trying Coconut Bliss or So Delicious.

And for a fun summertime activity that comes with an instant reward, making your own all-natural homemade ice cream is the healthiest way to go.