The Biggest Loser and overweight bias

For once in my life, I managed to keep my mouth shut. I’ve written a fair bit about my recent LA Marathon experiences, but here is something interesting that happened when I wasn’t hurting myself in pursuit of middle-aged glory. 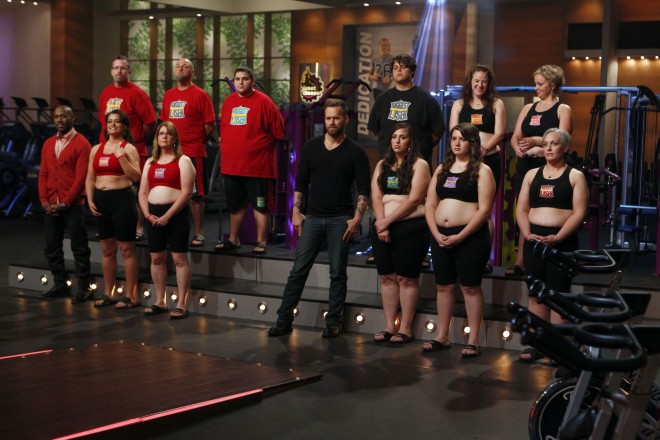 For once in my life, I managed to keep my mouth shut.

I’ve written a fair bit about my recent LA Marathon experiences, but here is something interesting that happened when I wasn’t hurting myself in pursuit of middle-aged glory.

Being that I was writing about the marathon for the LA Times, I got access to the VIP area before the race. Let me tell you, when it’s cold out and there are 23,000 people who want to make sure they’ve voided all bodily fluids and solids prior to an early race, resulting in long bathroom lineups, being in a heated area with coffee, food and no line-ups for clean bathrooms is indeed special.

Sean Astin – a.k.a. Samwise Gamgee from Lord of the Rings­ – was there, along with some guy from a movie about a dolphin’s tail. The elite runners who were all destined to take places 1 through 10 were there too.

Also, three former contestants of TV’s The Biggest Loser were in the VIP room, along with the perky host who I think moonlights on some soap opera. I didn’t talk to her.

I did talk to the three contestants, however. It was an interesting experience.

It should surprise no one that I’m not a fan of this show. There was also that time that Jillian Michaels threatened to sue me (she never did sue, and the statute of limitations expired).

I mean; I could go on a rant about what’s wrong with this show. Really. A ranting rant.

But instead I asked the three contestants questions about their experiences. They seemed to view it in a positive light. Personally, I was thinking, Stockholm Syndrome. There is also the fact that speaking out negatively about the show brings fear of lawsuits due to the privacy contracts they must sign.

I decided to stay silent because the race was only an hour away, and it’s seemed like a jerk move to harsh up their pre-race vibe with criticisms about the show. Not only that – and this is where you should be really proud of me – I ran into two of those contestants later that night in an Irish pub after a few pints of Newcastle and we chatted for a while, but I STILL managed to keep my mouth shut regarding my opinions of the show. Go me.

So, these three people seemed to view it as a positive experience. I get that. They got selected out of many thousands to be put into a 24/7 fat farm where there was temporary fame and tremendous external pressure to work hard both at exercise and diet, and such a heavily controlled (yet terribly unrealistic) environment does get results. Afterwards, they have the pressure of having been on the show to stick with it. For some people it really can be life changing. I mean, these three weren’t on the show any longer but still were about to run a marathon. Good on them.

But what about for the rest of us? What do shows like this do to the way society views obesity?

Nothing good, according to internationally-renowned obesity researcher Dr. Arya Sharma. In a recent post on his website Dr. Sharma wrote:

“Whatever the intentions of the producers, there is accumulating evidence that public display of weight loss as in competitions, challenges, and reality TV do little else than promote anti-weight bias by promoting stereotypes, unrealistic weight loss goals, and simplistic (diet and exercise) messages about possible solutions.”

He references a recent study in the journal Obesity that “viewers of The Biggest Loser had significantly higher levels of dislike of overweight individuals…” That’s not good, and not helpful, because stigmatizing obesity doesn’t do anyone favours. Rather, it leads to weight gain.

Now instead of going on one of those ranty rants, I’ll just wholeheartedly endorse Dr. Sharma’s closing statements from his post: “These shows are not a solution – they are part of the problem!”