The Angelina Effect: who should seek genetic counselling?

What you need to know about genetic testing, breast cancer genes, and double mastectomies. 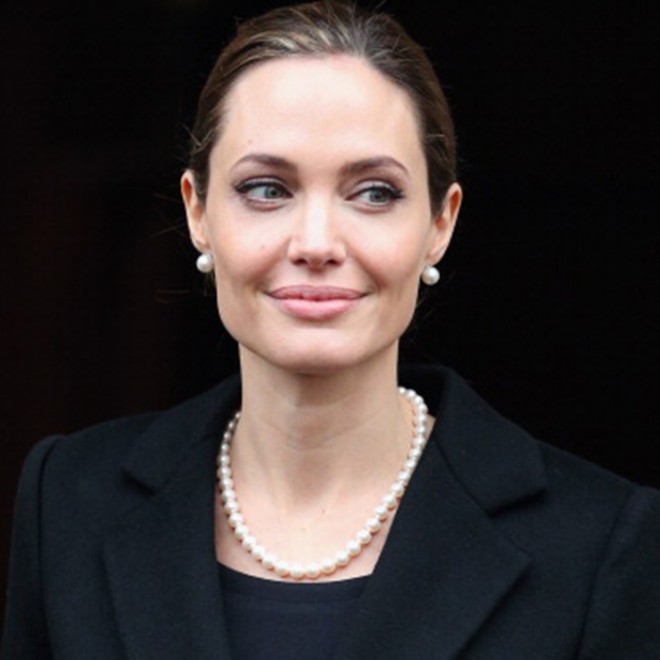 Toronto-based Sunnybrook Health Sciences Centre recently released some surprising statistics about how Angelina Jolie’s decision to have a double mastectomy, and then to write about it in an op-ed piece in the New York Times, has had a dramatic effect on Canadian women. The actress’s bold decision has led to a 90 percent increase in women in Canada seeking genetic screening for breast cancer. Yet, doctors warn that actually opting for the double mastectomy is not right for woman with breast cancer. Here’s a breakdown of how the Angelina Effect came about and what it means for breast cancer treatment down the line.

Two weeks before the surgery, Jolie’s three-step process began with a “nipple delay.” This severs the nipple from the blood vessels and breast tissue beneath, so the nipple does not depend on the tissue for blood supply but on the skin surrounding it instead. During the surgery, Jolie had breast tissue removed and temporary fillers in place. She writes, “you wake up with drain tubes and expanders in your breasts. It does feel like a scene out of a science-fiction film.” The final step is breast implant reconstruction, which took place nine weeks after the surgery.

Jolie’s op-ed, titled “My Medical Choice” was published in the New York Times. She talks about her decision to get a double mastectomy and encourages patient empowerment and for women to ask their doctors if genetic testing is needed: “I choose not to keep my story private because there are many women who do not know that they might be living under the shadow of cancer. It is my hope that they, too, will be able to get gene tested, and that if they have a high risk they, too, will know that they have strong options.”

Typically, when a celebrity promotes any form of health advice, there is a storm of followers, often misled. In this case, however, it seems Jolie’s public story attracted the right group of women to do the right thing. Sunnybrook researchers reported a 90 percent increase in women referred for breast cancer genetic counselling since the actress’s personal story was published. And more importantly, the women who sought genetic counselling were often the ones who were at the highest risk for cancer. After Jolie’s story about her preventative double mastectomy, 916 women were referred for genetic counselling, compared to 487 women previously.  Of the recent group, 437 women were considered high risk and qualified for genetic testing. From there, the number of women identified with a BRCA gene mutation was 61—which was a 110 percent increase from pre- op-ed numbers.

“We are seeing a true increase in the number of women who are at increased risk and who can benefit from the interventions we have available for them,” says Dr. Andrea Eisen, a medical oncologist and head of the preventive oncology of the breast cancer care team at Sunnybrook. “The women we’re talking about are women who have a very strong family history of breast or ovarian cancer. And usually this is multiple cases of cancer at an early age on the same side of the family.”

Who should seek genetic counselling?

Genetic counsellors see people who are referred by their family physicians or a specialist. They provide education about genetic conditions, testing options, management options, screening recommendations, and will organize testing and screening. “Our clinic will see anybody as long as they have a referral,” says Sonia Nanda, a genetic counsellor at the Women’s College Hospital. “It doesn’t make sense to see somebody who doesn’t have a history of breast or ovarian cancer.”  Nanda encourages anybody who is concerned and has a family history of breast or ovarian cancer to see their doctor to make a referral to a genetic counsellor.

“Someone who might only have one family member who has breast cancer might think they’re at a really high, elevated risk,” says Nanda. “But after talking to a genetic counsellor they’ll realize they’re not as high-risk as they thought. But we would still make recommendations for that woman. It might not be a double mastectomy, but it could be ‘you should start mammograms now.’ ”

Who should have genetic testing?

“There are people who have a history of breast cancer who might not qualify for the testing,” says Nanda, “because  if I see a 35-year-old woman and her mother had breast cancer at 70, and that’s the only family history, that’s unlikely to suggest genetics. I don’t offer genetic testing to every single woman that I see. But I think Angelina’s story really had a profound impact on the public awareness that genetic counselling is available.”

What are the options for those with the gene mutation?

There are different types of treatment available, depending on the patient. People who have the BRCA1 or 2 mutation gene are at a much higher risk than those who do not; they have a 40-85 percent chance of developing breast cancer within their lifetime.

Those who are found to have the gene mutation should consider a double mastectomy, as it could be life-saving, according to Dr. Steven Narod, the Canada Research Chair in breast cancer. But the advice is different for women who have breast cancer and don’t have the mutation.

Getting a drastic surgery to remove both breasts may help with anxiety about cancer returning, says Dr. Narod, but it’s not necessary for most women. “If you have breast cancer in one breast but you don’t have a mutation, don’t have the bilateral mastectomy. You won’t prevent death by having a bilateral mastectomy,” says Dr. Narod, referring to a study published last week in Journal of American Medical Association (JAMA).

The study found that a double mastectomy does not significantly increase chances of survival, compared to other forms of surgical treatment for breast cancer. The study followed nearly 190,000 California patients who were diagnosed with cancer in one breast and how they fared after their treatment.

Women who had a lumpectomy (where the tumour and a lump of tissue around it are removed) had an 83.2 percent survival rate at 10 years, compared with 81.2 percent for those who had a double mastectomy. A lumpectomy is often followed by radiation, which may be a reason why women are choosing the double mastectomy despite being more invasive, according to Dr. Narod.

Ultimately, the best approach is to get genetic counselling and learn about your options.