That which doesn't kill you really does make you stronger

I remember this episode of The Simpsons where Homer has a heart attack. Dr. Hibbert says Homer needs bypass surgery, but Homer asks “But what doesn’t kill me only makes me stronger, right?" 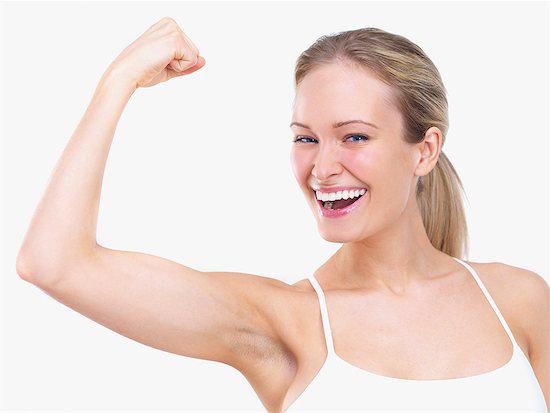 I remember this episode of The Simpsons where Homer has a heart attack. Dr. Hibbert says Homer needs bypass surgery, but Homer asks “But what doesn’t kill me only makes me stronger, right?”

Hibbert explains that, no, it doesn’t, and that right now Homer is as weak as a kitten. Then the doctor proceeds to smack Homer around to prove that his patient lacks the strength to fight back. I love that show.

Those low back blowouts I suffered didn’t make my back stronger, it made it weaker, but it may have made me mentally stronger. A lot of things may have.

But we’re talking about mental adversity, not physical. As the late Christopher Hitchens pointed out, physical damage that doesn’t kill you can still weaken you and send you to an earlier grave.

A recent study shows that having a difficult past can make you mentally tougher at facing the future. Basically, if your life has been a series of challenges, this trains you to deal with future challenges better than someone who has led a comparatively charmed life.

My first thought on this is that there is a limit to this effect. If you had a horrifically traumatic upbringing then it’s going to scar you. It can make the rest of your life hell. I’ve seen it happen. Professional help may be warranted.

Conversely, if it was only moderately crappy, then that can toughen you up. My parents divorced when I was six and I moved a thousand kilometers away from my dad. I didn’t have many friends growing up. I got bullied. I was terrible at sports. I broke a lot of bones, received a lot of stitches, and blew out my lower lumbar discs. Twice.

Today, at 43, I feel like I kick quite a bit of ass. I have two master’s degrees, am in great shape, have been married to my beautiful soul mate (who is a family physician) for 16 years, have two awesome kids, have a rewarding and successful career, and I feel happy and good and able to tackle tough problems.

Okay, sorry about all the bragging — I just wanted to make the point that this all became possible because I gained experience as a problem-solver growing up. I learned how to overcome life’s obstacles.

Here is a snippet from the above article:

In one study researchers found that among people with chronic back pain, those with some adversity in their past were less functionally impaired compared to those with a great deal of past trauma, or no major traumas.

Yep. Turns out there is a limit. “Great deal of past trauma” hurts more than it helps.

My low back is pretty pooched, but I can ski through moguls like my butt is on fire, run a half marathon in well under two hours, and lift a lot more weight than men half my age. And this is because of self-efficacy.

When it comes to theories of behaviour change, this one I think is the most cogent. Developed by internationally-renowned behavioral psychologist and Stanford University researcher Dr. Albert Bandura, one of the things self-efficacy looks at is called a “performance accomplishment.”

Bandura stated that “After strong efficacy expectations are developed through repeated success, the negative impact of occasional failures is likely to be reduced. Indeed, occasional failures that are later overcome by determined effort can strengthen self-motivated persistence if one finds through experience that even the most difficult obstacles can be mastered by sustained effort.”

What this means is, if you have had rough patches in your past and persevered, you developed a powerful skill for facing future rough patches.

I’ll close by making this fitness oriented. If life has served you lemons and you successfully made lemonade, then you already have the most powerful tool necessary for getting in shape: Experience as a problem solver.