I’m not known for holding back on my opinions, but rather than just spew off what I think the reasons are for women not always making wise food choices, I’m going to use actual survey results. 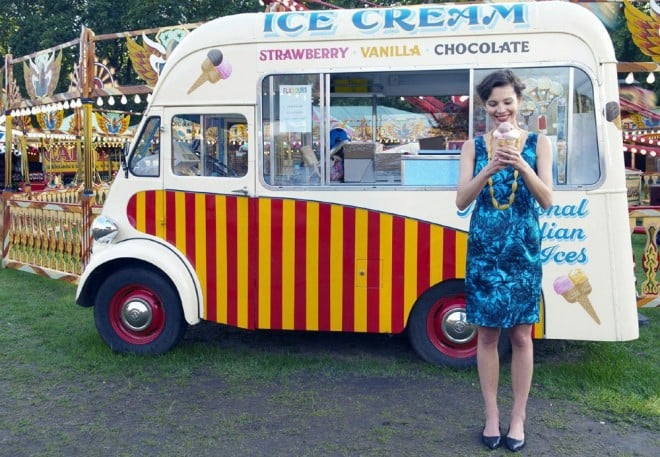 ShopSmart magazine, from the publisher of Consumer Reports, recently did a poll asking more than 1,000 women why they don’t eat more healthfully. And though the women asked were American, I feel there’s often a parallel in Canada when it comes to eating well and putting our health first. I’ve taken a look at nine of the reasons given for not eating a better diet and offered some suggestions to counter them:

1. Eating healthful foods is too expensive, 57 percent
This may seem like a good excuse, but it’s not true. It’s even less true in Canada than in the States. I can stuff my family full of healthy food – including fresh salmon – for half the cost of us going out for fast food. It does take extra time however, but to me it’s more than worth it.

2. Social settings are too tempting, 47 percent
This is a tough one. There are two bits of advice I can offer. The first is to avoid social settings where there is a lot of bad food. This doesn’t mean you need to become a hermit, but perhaps you can change your social life so it’s more focused around healthy activities, even exercise, instead of revolving around drinking and eating.

The second is what’s called the “if-then” plan. I spoke with Dr. Peter Gollwitzer about this, and it boils down to thinking in advance about how you’re going to deal with situations like tempting foods and having a counter-strategy to develop “on the spot motivation.” People who are gorging themselves love company, but don’t play victim to their requests. If you’ve declined to eat, or turn down a second helping, that should be reason enough for most.

3. Life’s too short, 39 percent
I want to enjoy what I eat yes, but life will be much shorter if you don’t eat healthy. I enjoy the hell out of having a high-performance body, and I do treat myself regularly. It’s just that for most of the regular fueling, it’s healthy. It’s doesn’t have to be rich and fattening all the time. Besides, indulging only occasionally makes it more enjoyable. Absence makes the heart grow fonder.

4. It’s hard to find healthy options when eating out, 33 percent
Yup. That’s why I rarely eat out. Eating at restaurants or drive-thru windows is probably the leading cause of obesity. On the rare occasion that I do eat out, I use my smart phone because most franchise restaurants have their nutritional content online. It doesn’t take long to Google your meals and find out what the calories are. Also, it helps if you go out to eat not being starving in advance. Avoid appetizers and high calorie drinks as well.

5. I don’t have time to prepare healthy meals, 29 percent
This is a big one. I think it’s often THE one. Ordering pizza or picking up a bucket of chicken on the way home takes way less effort than shopping for groceries and preparing it all. Plus, you know everyone will like it so I’ve got four bits of advice on this:

– No one said you need to make the shift overnight. Gradually replacing restaurant food or microwaveable meals can be done over several months and it will seem easier.

– Get a slow cooker, make several servings and freeze them for days that you don’t want to cook.

– Get rid of the all or nothing mentality. It doesn’t have to be gourmet every night. A grilled cheese sandwich (sans the processed slice) on some whole wheat bread can go a long way.

– Get the family involved in helping with meal preparation. When you take it all on your own shoulders it can seem overwhelming. If everyone eats, everyone should help as best they can.

6. My family prefers less healthy meals, 25 percent
My advice on this one: Too damn bad. Take charge and tell them this is the way it is. This is what I do. Be a ruthless tyrant and they will adapt. They’ll also thank you for it later in life when they’ve learned the basic skills of eating for your health (and likely aren’t struggling with their weight).

7. Unhealthy habits are too hard to change, 20 percent
Yes, this is very true, and why the changes must be gradual. Make small shifts over time. Exercise is also a proven way to encourage better eating, so make sure you do that too. When you’re taking the time to work out you’ll be equally motivated to eat well so as not to undue your hard work.

8. Healthy foods don’t satisfy my appetite, 18 percent
What kind of “healthy foods” were these people eating? Focus on foods that give a large volume for a small amount of calories (think vegetables for example) and you’ll be satisfied. Check out this image if you don’t believe me. One thing I always tell people is that one pound of fresh spinach has the same number of calories as one Oreo cookie. Guess which one is more satisfying.

9. I’m not sure which foods are healthy, 13 percent
Do what Jack LaLanne said, “If man made it, don’t eat it.”

What do you find hardest about sticking to a healthy diet?