Is spicy food the key to a long life?

A study in the British Medical Journal shows spicy food is linked to longevity — and may have even more health benefits for women. 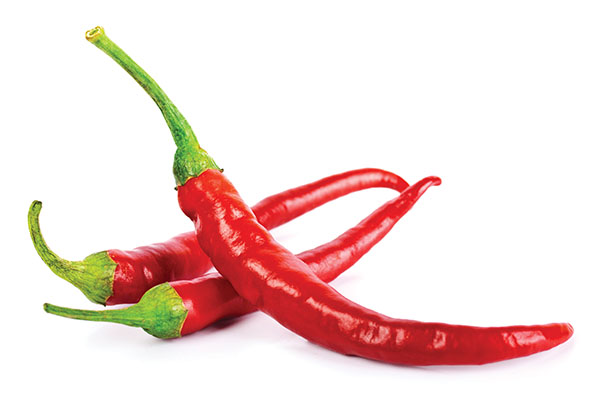 A diet that included spicy foods was linked to lowered risk of death, according to a study published in the British Medical Journal in August. Researchers followed nearly 500,000 people for a median of seven years in China. The most common spice in these diets was red chili pepper and the effect was slightly more pronounced in women, who showed reduced risks of cancer and cardiac disease.

“The effect of spicy food seems to be modest. Even at the highest doses of the diet, there’s only a 14 percent reduction in death,” says Dr. Michael Farkouh, chair of multinational clinical trials at the Peter Munk Cardiac Centre in Toronto. “Also, these results need validation in other ethnic groups and in a randomized control study.” The study also did not prove a causal relationship between spicy food and longevity.

“When it comes to heart health for women, diet does matter,” says Farkouh, citing the link between a Mediterranean-style diet and lower rates of heart disease. And even if spicy foods alone don’t make you live longer, they are known to curb appetite. “A healthy BMI is a major factor in overall disease risk.”

Related:
Does your birthday affect your health?
How long should you wait between pregnancies?
Does more sleep equal better sex?