11 small changes that make a big impact on your health

From how you wake up to the way you unwind, here are 11 simple swaps that will make your day a whole lot healthier. 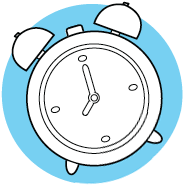 Instead of an alarm… Wake up slowly
There’s nothing good about being shocked awake, says Michelle Crispe, a personal trainer and chiropractor in Toronto. For a gentler wake-up call, try a progressive alarm — one with pleasant sounds, like classical music, that gradually build in volume to ease you into the day ahead. Crispe also recommends opening the blinds right away. “Exposure to light is the best way to begin your body’s natural waking process.” 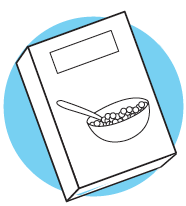 When it comes to the size of your cereal, bigger is better. In 2014, researchers at Penn State found that people consumed more calories when they ate smaller flakes. “Larger puffed cereals tend to take up more space than flaked cereals or granolas,” says Vincci Tsui, a registered dietitian in Calgary. “And larger cereals are generally lower in calories because they’re less dense.” For an extra satisfying morning meal, top large, low-sugar cereal with protein-rich Greek yogurt and antioxidant-rich berries.

Instead of fighting traffic… Walk to work 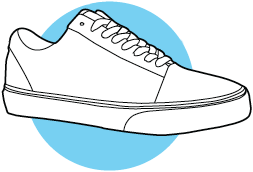 A 2015 University of Cambridge study of more than 300,000 people found that a daily 20-minute walk may cut the risk of premature death by up to a third. “Walking is also one of the best ways to decrease depression and anxiety,” says Crispe. Dr. Malgorzata Rajda, a psychiatrist with the Capital Health Authority’s Sleep Disorders Clinic in Halifax, adds, “Getting a good dose of daylight helps you fall asleep — and achieve a better quality of rest at night.” If you have no choice but to travel by car, do a lap around your office building before you go in to your desk, or sneak in a lunchtime stroll. 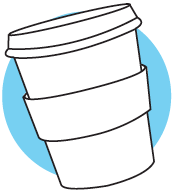 Instead of a double-double… Sip a skim milk cappuccino
Regularly drinking more than 24 ounces (three eight-ounce cups) of coffee a day pushes your caffeine consumption over the 400-mg maximum recommended by Health Canada. “High caffeine intake increases your risk of high blood pressure,” says Tsui. It can also cause insomnia and irritability. When you need a mid-morning boost, a small cappuccino with skim milk comes in at under 100 mg of caffeine while giving you a dose of bone-building calcium.

Instead of getting stuck at your desk… Take an app break 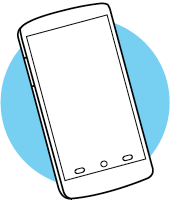 So wrapped up in work that you forgot to savour your salad? Mobile phone apps that use reminders can help keep healthy habits top of mind, say researchers at Tulane University School of Public Health and Tropical Medicine. “Set reminders to eat healthy snacks, drink water or stand up and stretch,” says Tsui. Our favourite apps: eaTracker for food and activity tracking from the Dietitians of Canada, and StretchClock for hourly movement reminders and easy exercises you can do at your desk.

Instead of sitting all day… Stand up 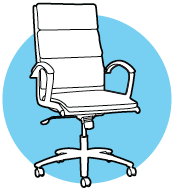 A 2015 study published in the Annals of Internal Medicine found sitting for long periods increases your risk of diabetes, heart disease and cancer — even if you exercise regularly. Break up your workday desk routine by sending emails or making calls on your feet. Standing activates your core, engages your glutes and calves and burns calories, says Crispe. “Aim for 10 to 20 minutes of standing every hour.”

Instead of chips… Snack on roasted chickpeas
Eating about one cup of legumes a day helps you maintain a healthy weight, according to a 2014 study from researchers at St. Michael’s Hospital in Toronto. “The fibre and protein content makes you feel fuller for longer so you’re less likely to overeat,” says Tsui. Not a chickpea fan? Try edamame or a small lentil salad instead. 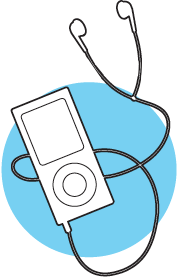 Instead of listening to music on your commute… Play educational podcasts
Listen to anything long enough and it’ll get stuck in your subconscious — the part of your mind that influences behaviour and habits, Crispe says. So turn your car into a school on wheels by “putting on information that will make you think more positively and expand your mind,” she says. Try learning a new language or strengthen your self-esteem with personal-growth audiobooks.

Instead of thrillers… Watch a talk show 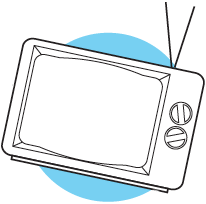 Note to Scandal fans: Watching action-packed shows while you eat can affect your waistline. Researchers in a 2014 study from Cornell University’s Food and Brand Lab found that people engrossed in a distracting action movie ate 65 percent more calories than those tuned in to an interview program. In a related study, they found that tear-jerkers have a similar effect: Moviegoers ate 28 percent more popcorn when watching the tragedy Love Story than when watching the comedy Sweet Home Alabama.

Instead of a Netflix night… Go on a friend date
Binge-watching your favourite show may seem like a good way to decompress, but a better way to recharge both body and mind is with a group activity. “The benefit of doing activities with friends is about having a social support network for accountability, encouragement and laughter,” Crispe says. Sign up for a team sport or grab your best gal pal for a drop-in yoga class. A 2015 study in Annals of Behavioral Medicine found having a strong social network is good for your overall physical health.

Instead of e-reading… Pick up a paperback 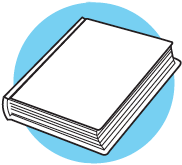 Avoid blue-light-emitting screens at night to wake up refreshed. A 2014 study from Brigham and Women’s Hospital found that, compared with people who flipped through regular books, those who read tablets produced less melatonin (a hormone that helps with sleep), took longer to fall asleep, got less REM sleep and were groggier in the morning. The devices’ blue lights were to blame.

This post was originally published in April 2015, and has been updated.

More:
If You Really Care About Social Justice, Ditch The Hashtags And Do Something
How To Clean The House In 10 Minutes Or Less
14 Delicious Ways To Use Eggplant In Dinner Tonight