Should you try the paleo diet?

When I first heard about the caveman diet, it seemed a little intense, to say the least: Men eating piles of meat; giving blood, to mimic the bloodshed of hunting and battle; fasting; and sprinting for exercise (as you would when hunting, natch). 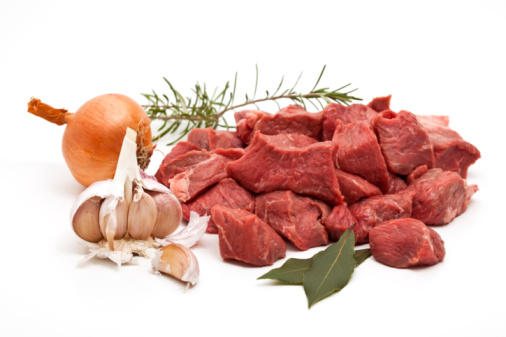 When I first heard about the caveman diet, it seemed a little intense, to say the least: Men eating piles of meat; giving blood, to mimic the bloodshed of hunting and battle; fasting; and sprinting for exercise (as you would when hunting, natch).

But the diet has come in to the 21st century, so to speak, with The Paleo Diet and The Paleo Solution hitting the New York Times bestseller lists and pro athletes trying it out. Fortunately, no bloodshed is necessary, although the diet is extreme: It’s based around the idea that our bodies evolved to eat fruit, roots, nuts, fish and lots of meat (grass-fed, of course) 2.5 million to 10,000 years ago — and haven’t caught up to more modern foods like dairy, refined sugar, grains, legumes or, god forbid, high-fructose corn syrup.

“An enormous interest that recently has occurred for this dietary concept,” says Loren Cordain, professor at Colorado State University and creator of the diet. “The Paleo Diet has become so popular simply because it works, is easy to follow and has a large scientific data base supporting the theory behind it.  In networks of people (like the internet), when correct solutions are found to either complex or simple questions, they spread rapidly.”

Proponents claim that the conditions that we assume are largely inevitable — like diabetes, cancer and heart disease — are actually “diseases of civilization” and can be prevented with this diet. Followers also say that it’ll help your acne, make you a better athlete, help you lose weight, and make you live longer, and generally increase your energy and well-being.

So should you try it? Well, the claims are still very much in debate — after all, it’s hard to confirm the average diet of our ancestors, and even harder to confirm that they were getting health benefits from, say, eating nuts rather than walking all day, every day. But the food you eat is likely better than what you’re munching on now — it’s largely processed-food free, easily contains the recommended amount of veggies, is high-protein, and has lots of healthy fats. And oh yeah, cavewomen didn’t eat chips or ice cream or chocolate bars, so you’ll be eating less of what’s bad for you, and more of what’s good. It’s not that different from the concept of eating clean.