Should you quit being so snarky?

How one writer traded snarkiness for happiness. 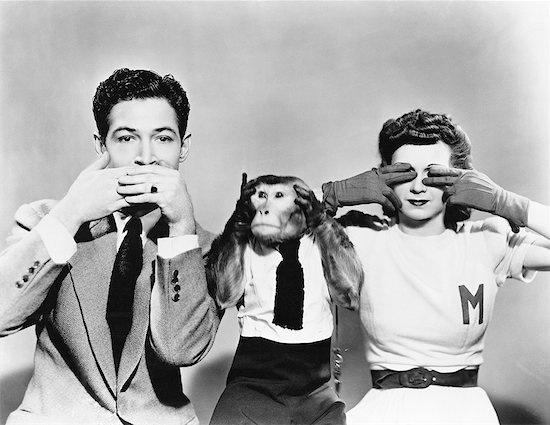 A recent story over at Salon.com – My month of no snark by Lauren Frey Daisley – outlines the author’s attempt to quit snark cold turkey in a bid to bring more happiness into her life. She was inspired by a visit to her aunt, who has stage 4 breast cancer, and who had never (to the author’s recollection) said a single unkind word in her whole life. Daisley began to wonder whether holding her tongue for more positive thoughts could possibly change her relationships for the better. Her motto for the month: If you can’t say something nice, don’t say anything at all. She gave up bitching about something, gossiping about friends’ ex-boyfriends, and exchanging catty remarks about some stranger’s unflattering culottes. And the craziest part of it all? She says that it worked.

Of course, as with breaking any habit it wasn’t easy – especially when she got a call from a former neighbour whose house had been egged. Sometimes, being a little nasty – for example, about the little creeps who egged the house – can make us feel like we’re commiserating more effectively. But Daisley kept things positive – even though it made her feel “a little Hallmarky.” She felt less funny and cool – but she also started to wonder why. And she also started to notice that when she stopped bitching about life’s small, daily annoyances, she just stopped thinking about them.

Writes Daisley: “Instead of me denying my true thoughts, I stopped giving the unproductive ones much weight. Adding credence to the theory that changing what you do changes how you think, unkind thoughts just dissipated in a matter of days. It actually doesn’t matter much whether my friend’s dog gets to eat sitting on a chair at her table. She has her reasons. What do I care? And it’s not like I don’t do anything weird, either. I think I can tell what’s in the mail before I open the mailbox. Is that any worse?…Not giving voice to my flinty little put-downs also eliminated that weird guilt where you wonder if the person somehow heard you or found out what you said. I also stopped suspecting that anyone might be saying harsh things about me.”

Interestingly, I always find that when I’m nicer to people, when I’m willing to just let things go and assume the best of intentions, I’m also a lot nicer to myself. “If we stop lashing out against perceived insults and stop subtly eroding our friendships – or even kind relations with strangers – by giving so much attention to the things that bug us, quality of life inches incrementally but noticeably closer to excellent,” says Daisley.

It’s something that a lot of us struggle with, and it can be hard to let go of a certain amount of defensiveness – especially when it comes to perceived slights. But by matching nastiness or lashing out at someone undeserving of snark, we’re ultimately letting ourselves down. And we know it – which is why we’re often happier when we just hold our tongues.