Should you get the flu shot? 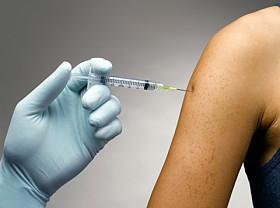 It’s that time of year that everyone dreads –  flu season. Health departments, government agencies, school boards, as well as corporations are pushing everyone to get the shot to in order to stay sniffle and fever-free. But before you opt for the flu shot, be sure you are making an informed decision by considering some of the pros and cons associated with vaccination.

What is the flu?
Symptoms of influenza include fever, chills, muscle aches, headache and/or cough. In most cases, the illness lasts three to seven days, but some people have more severe cases or complications that require hospitalization. In the U.S., an estimated 25–50 million cases of the flu are currently reported each year — leading to 150,000 hospitalizations and 30,000–40,000 deaths yearly. If these figures were to be estimated incorporating the rest of the world, there would be an average of approximately 1 billion cases of flu, around 3–5 million cases of severe illness, and 300,000–500,000 deaths annually. Most of those who die are elderly, young children or people with compromised immune systems.

The flu is different from a cold
High fevers lasting several days as well as headaches are typical symptoms of the flu, while colds are characterized by sore throat, nasal congestion and cough.

Pros of the flu shot
Flu shots can decrease the risk of upper respiratory illness by 25 percent.

Flu shots can reduce work absenteeism due to illness by 36 percent.

In addition to helping elderly people avoid an unpleasant and possibly dangerous illness, a flu shot can provide some protection against hospitalization for heart disease and stroke.

Cons of the flu shot
As a naturopath I believe the influenza vaccine should not be recommended for all people. This is because influenza infection is generally not serious, and it would be enormously expensive and logistically difficult to vaccinate everyone each year. However, certain groups of people who are at increased risk of complications should be vaccinated to prevent death and/or hospitalization. This group includes all people over age 65, all people who live or work in homes for the elderly or chronically ill, all individuals with chronic cardiac or respiratory illnesses (such as asthma) and all individuals with chronic medical disorders.

Even if you get the flu shot you may still get the flu. The viruses that cause influenza change rapidly and flu vaccines are developed each year to protect people from the strains expected to be most prevalent. Studies of healthy young adults have shown flu vaccine to be 70 to 90 percent  effective. In the elderly and those with certain long-term medical conditions, the flu shot is often less effective in preventing illness. However, in the elderly, flu vaccine is very effective in reducing hospitalization and death from flu-related causes.

The flu vaccine contains mercury from thimerosal, a preservative added to prevent bacterial contamination. Mercury is toxic to the brain, nerve cells, arterial linings and has been linked to an increase in the risk of Alzheimer’s disease, dementia, memory loss, depression, anxiety, ADD, heart disease, hypertension and birth defects.

According to the world’s leading immunogeneticist, Dr. Hugh Fudenberg, if an individual has had five consecutive flu shots, his or her chances of getting Alzheimer’s disease is 10 times higher than if they had one, two or no shots. This is seemingly related to the gradual accumulation of mercury in the brain which has been found to cause cognitive dysfunction.

All viruses in the vaccine are dead, so it is not possible to get the flu from the vaccine, however, soreness at the injection site or aches and low-grade fever may be present for several days.

As with any drug or vaccine, there is also a possibility that allergic reactions, more serious reactions or even death may occur after receiving the injection.

Who should not have the flu shot?
The following groups should not get the flu vaccine or should do so only after consultation with their primary care providers:

* People with an allergy to chickens or egg protein
* People with a fever or illness that is more than “just a cold”
* Anyone who has exhibited a moderate to severe reaction after a previous influenza shot
* Pregnant women or women attempting to conceive. The flu shot contains a mercury preservative. Mercury has been linked to an increased incidence of birth defects.
* Anyone who has ever been paralyzed due to Guillain-Barre syndrome

Confused?
It is proven that individuals who exercise, take vitamin C, vitamin D, manage stress, live a healthy lifestyle and subsequently have a healthy immune system have a decreased susceptibility to colds and the flu. As an alternative to the flu shot, work on preventing the flu by strengthening your immune system.

Natasha Turner, N.D. is a Toronto-based naturopathic doctor and founder of the Clear Medicine wellness boutique. She is also the author of the bestselling book The Hormone Diet.