Should you drink more or less alcohol?

Alcohol is one of those things — like coffee — that seems to have somewhat ambiguous health properties. Researchers appear to disagree about who should drink how much. 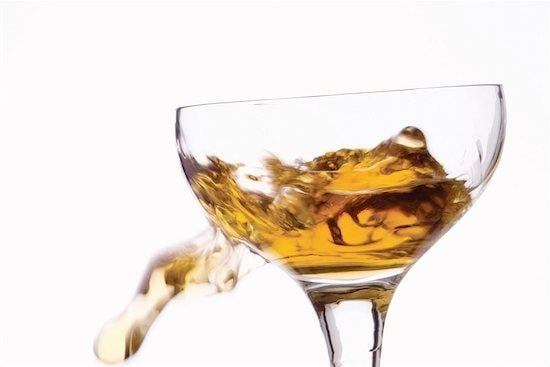 Alcohol is one of those things — like coffee — that seems to have somewhat ambiguous health properties. Researchers appear to disagree about who should drink how much. And, while health nuts often steer clear of alcoholic beverages of all kinds, I can’t abandon the image of the sophisticated French, with a glass of wine in one hand and a rumoured-to-be lower risk of heart attacks across society.

Over at the Globe & Mail, Dave McGinn covers yet another study on the issue: Regular drinks may help women recover from heart attacks. More than 1,200 women who were hospitalized for heart attacks were interviewed about their alcohol consumption patterns, and then their longevity was monitored. Heavy drinkers fared better than both light drinkers and non-drinkers; in fact, women who drank had a 35-percent lower chance of dying. Also interesting? We focus on wine as much more heart healthy, but it turns out that it didn’t matter whether the women drank beer, wine, or spirits — what mattered is that they drank at least three drinks a week (for the heavy drinkers).

But, before you reach for that corkscrew, consider this: another story over at the BBC claims that the liver needs a regular break. The Royal College of Physicians in the UK called for two or three alcohol-free days a week, and recommended zero to 14 units of alcohol per week. (Keep in mind that a glass of anything is usually more than one unit.) The primary concern related to this cautionary advice is an increased risk of liver cancer.

Most experts seem to agree on one thing: binge drinking can take a terrible toll on the body. Other than that, you’re left trying to weigh the “glass-of-red-wine-a-day” advice against the “rest-your-liver” advice against the “stick-with-Perrier” advice. But, regardless of which option you choose, you’ve likely not heard the end of the debate.