Should teens get weight-loss surgery?

Anyone who's ridden public transit recently and been inundated by those Slim Band success story ads will probably have taken a minute to ponder just how ubiquitous the problem of obesity has become. 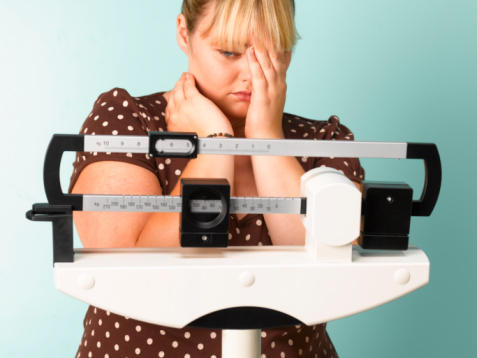 Anyone who’s ridden public transit recently and been inundated by those Slim Band success story ads will probably have taken a minute to ponder just how ubiquitous the problem of obesity has become.

In fact, in the States, the makers of Lap Band have just asked the FDA for permission to approve the surgery for children as young as 14. It’s a controversial procedure on those that young, delving into the murky waters of whether 14-year-olds are capable of making such a large decision on elective surgery, and how much of being obese is a result of bad lifestyle choices. Is it easier to empathize with people having surgery after decades of trying to lose weight than it is with teens?

And it’s not just an American issue — Canada’s first (and so far, only) clinic to offer weight-loss surgery to teens opened February 2010 at the Hospital for Sick Children. It’s open to kids 12 to 17 who are severely obese — approximately three percent of Canadian children. It starts by having a team of specialists help the children eat well, exercise more and learn new coping techniques, and offers weight-loss surgery to those who don’t find success.

“In order to be considered for surgery, patients must meet certain physiological and psychological criteria, including completing puberty,” said Suzanne Gold, a SickKids media representative. “Practically speaking, most adolescents who undergo surgery will be 16 years of age or older. The program has completed five surgeries to date.”

The idea of teens volunteering for surgery may bother some. But Dr. Tom Warshawski, a pediatrician in Kelowna and chair of the Childhood Obesity Foundation, points out that lap band surgery is reversible and relatively low-risk. “A certain subgroup of youth that even having had the best of what we can do for lifestyle interventions, coaching and health, nothing else will work. And for them, bariatric [weight-loss] surgery is dramatically effective — most people lose around 30 percent of their body weight. They turn their lives around.”

But he cautions that the surgery has to be coupled with lifestyle counselling, and that a full 50 percent of people will have the band removed within 10 years. In addition, long-term data on safety and efficacy simply doesn’t exist yet. And it should never be a first choice: “All these should be tried beforehand: Registered dietitians can teach people how to control their caloric intake, in B.C. there is a physical activity line to learn how to be more active, and in most major cities there are organized weight-reduction programs, often run through pediatric hospitals.”

To him, we should be making sure teens never need the surgery in the first place. “The bottom line here is that these programs should not be seen as the answer, but instead part of the solution. Prevention is really the best step — we need to invest more funds in encouraging healthy living.”

I couldn’t agree more. Fifteen-year-olds having surgery because they’re morbidly obese? That should be a wake-up call to us all that there’s something seriously off with our society.