Should obesity be an election issue?

My friend Dr. Yoni Freedhoff, on his excellent blog Weighty Matters, says, “Yes,” obesity should be an election issue — and he’s right. 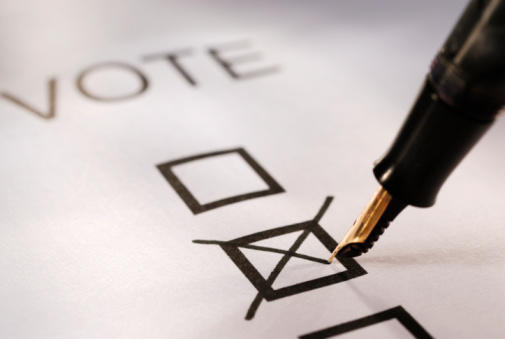 My friend Dr. Yoni Freedhoff, on his excellent blog Weighty Matters, says, “Yes,” obesity should be an election issue — and he’s right.

Dr. Freedhoff is a family doc and founder of Ottawa’s Bariatric Medical Institute, and he’s not afraid to take our government to task for failing to live up to its promises of tackling the number-one health crisis in Canada.

Dr. Freedhoff explains how, just in Canada, this disease kills thousands, afflicts millions, causes numerous health issues, and creates societal stigma. And it seems like the government is mostly talk with little action.

Now I don’t want to go on an ideological rant, but I think libertarianism isn’t the stupidest idea for a political ideology around; it’s merely close. I often hear and read people complaining about the “Nanny State” that controls the “Sheeple,” but the alternative of government uninvolvement allows capitalism to run amok.

As a guy with an MBA, I’ll tell you that if you if you allow capitalism to run amok, it will. Corporations are beholden to their shareholders and that’s it. Companies don’t care if we get fat and die. Conversely, the government at least has the mandate of pretending that it has our best interests at heart.

Besides, a lot of human beings do need their hands held, at least a little. This is what we pay government to do.

The government needs to take some major initiatives to both encourage and facilitate more physical activity and restrict caloric intake. I think one of the most important things they could do would be tighter regulations on our food supply, and ending subsidies and tax breaks for garbage, high-calorie food. Perhaps even more important would be mandatory visible nutrition labeling for all food, but especially restaurant and fast foods.

This alone could make a significant difference, because eating out is a major cause of excess weight and obesity. Restaurants want return customers, and to get them they make food taste extra good. They do this by adding lots of fat, sugar and salt. Most restaurant food packs a massive caloric wallop and many people don’t even know it. They think they’re eating something not to high in calories, when in reality one such restaurant meal can have more calories than a person burns in a day.

If people knew how many calories were in what they ate, they’d reconsider. Also, restaurants would practically be forced to provide more low-calorie options if full disclosure on all menu items was required. Knowledge is power, and people will vote with their wallets so companies will either adapt or be eliminated.

A national campaign to end the stigma of obesity would be helpful as well, because you can’t guilt-trip people into behaviour change, only encourage and enable.

If people want to lose weight they can take the initiative to do so on their own by getting lots of exercise and carefully monitoring caloric intake. Unfortunately, the chaos of modern life makes this a challenge for most Canadians. The government needs to help them.