Why your guy should take a fertility test

The SpermCheck fertility test is now on the market. The real question now is whether men will be willing to use it. 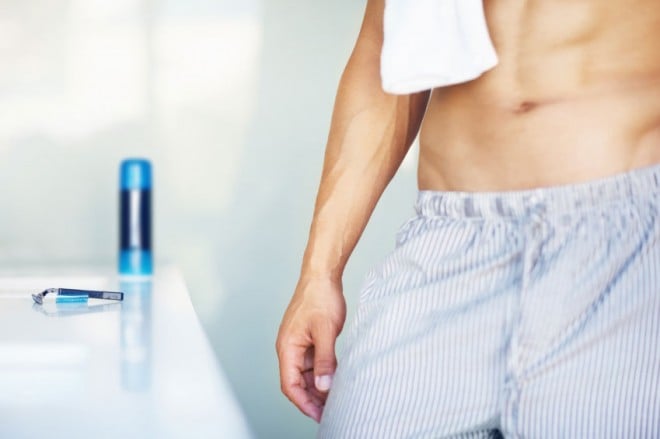 Would your guy ever take a male fertility test? (Photo iStock)

For some couples the question ‘should we have a baby?’ has been replaced with the more troubling ‘can we have a baby?’ Currently, it’s estimated that one in five couples will seek some form of fertility treatment.

But while trying to have a baby can place an equal amount of stress on a couple struggling to conceive, a woman’s fertility often becomes the focus of attention. Both publicly and privately, women are frequently cautioned to heed their biological clock, information that keeps many women — single and in committed relationships — in a state of high panic.

It’s that kind of one-sided thinking — that fertility is a woman’s problem — that may also contribute to hurtful and insensitive perceptions of women as they age.

I once listened to a group of men in their late 20s complain about receiving unwanted sexual attention from a group of “cougars” at a local bar. The women, I later found out, were 33. When I mentioned that I was 34 the men looked at me regretfully as if my forehead were stamped with an expired best-before date.

But what’s rarely acknowledged is the fact that infertility isn’t just a woman’s concern. It’s also an issue that plagues men. In fact, fertility problems appear to be equally split among the sexes, with some research suggesting that one third of all fertility issues is the result of a problem with a man and one third is due to a problem with a woman. The rest belongs to the inexplicable cruelty of Mother Nature.

The culture may start to get the message, however, that reproducing the species isn’t just something women ought to worry about. Consumers can now buy a test that evaluates sperm production at their local drugstore (or online).

In an article in The Telegraph, writer Dr. Brooke Magnanti argued against those who claimed the SpermCheck test is emasculating to men and that the majority wouldn’t be interested in taking it. Magnanti rightly points out that it’s absurd to expect women to endure all manner of invasive treatments while men can simply opt out with the “insult to masculinity” idea.

While the test is just a product for sale, here’s hoping it encourages both sexes to stop thinking that fertility affirms femininity or masculinity or that infertility denies the same. And who knows? Maybe as a result both men and women can share in their sorrows and disappointments rather than be divided by them.

Click here to read how Monika Schnarre got pregnant against all odds.