One in six women won't get naked in front of their partners!

And some women say they are so unhappy with their bodies they won't even look at themselves naked! Find out what else this study reveals. 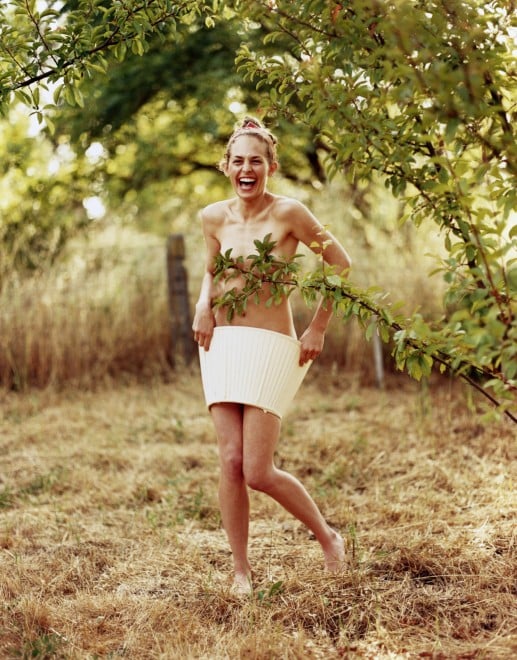 My birthday suit is my favourite outfit—make that your mantra for 2014. And don’t just revel in being starkers for yourself; do it for your friends, sisters, mothers and grandmothers and any woman that thinks her figure is something that needs to be wrapped up like a statue in a museum basement.

Some 45 percent of the women in this group cited a lack of confidence about their figures as the reason, while 30 percent said it was down to a lack of sexual desire on their part.

Some women—21 percent–said they’re so down on the way they look that they won’t even look at themselves naked.

What’s keeping women covered up? One UK expert put the onus on a culture that never quits with images of hard-bodied female celebrities.

“Instead of questioning how “real” some of these photos are (or the price paid to look like that), women subconsciously accept such images as the “norm,” while at the same time berating themselves for not measuring up,” psychologist Donna Dawson told the Metro UK.

But it may not just be celeb bodies that keep we civilian gals covered up. (Confession: my amour has never seen my backside. Ever. I walk sideways and frontways out of the bedroom, shower and bath to manage this feat.) We may have let ourselves get a little too wrapped up in the idea that nudity must equate with sexuality or sexiness.

There is more to nakedness than sex just as there is more to sex than nakedness. And if you’ve ever seen your nude husband bend over to pick up his socks you will intuitively understand the difference between nudity and sexual desire.

Nudity is also funny and fun—when enjoyed in the confines of one’s home and within the limits of the law, of course. And that body-related goofiness may be something women could use more of in their lives. I know that I certainly could. Because when you think about it my backside isn’t such a big deal. More to the point, it’s more than just an imperfect rear end, it’s also a glorious (and amusing) full moon.

Fess up, how comfortable are you with your naked body?