Will Keira Knightley kick off a cheap-wedding trend? 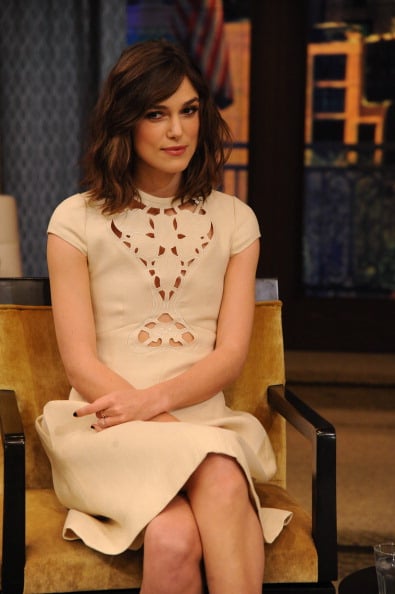 Actress Keira Knightley did something uncharacteristic of her celeb status last week. She chose to get married like a human being rather than a living deity. The Anna Karenina star said her I dos in a recycled dress and amid a glaring absence of excess. There was no $1 million floral bill or 24-karat gold fondant on an 18-tier wedding cake to boast of — personal choices that pretty much guarantee she isn’t selling her big day to the highest-bidding glossy.

That’s not to say she went the thrifty route entirely. The 28-year-old actress wed boyfriend, rocker James Klaxon, at a town hall in Provence, one of the world’s most romantic dream-vacation destinations, for starters. And that recycled dress? Rodarte, reportedly. Topped off with a Chanel jacket. But you can’t fault a girl for wanting to look pretty on such a day, which she did.

Knightley was praised by many for her lack of egotism, which goes to show you just how used to garish displays of celebrity-inspired narcissism we’ve gotten and how grateful we are for a reprieve. (Which reminds me, Mariah Carey re-wed husband of five years Nick Cannon a few weeks back too. Only she did it at Disneyland, dressed as a princess and emerging out of a crystal carriage.)

Paul Coleridge, founder of the Marriage Foundation in the U.K., even went so far as to hope that Knightley’s “cheap and cheerful” approach to marriage would inspire those who cite expense as a barrier to marrying to take the plunge (via The Times).

Coleridge may be being a tad naïve or optimistic or both though. If my immortal beloved’s only objection to marrying me is how much it costs, I think I might enquire as to why his car or his auto insurance isn’t subject to the same rigorous mathematics.

Knightley’s nuptials may not spur a spate of cheap and cheerful unions, but let’s hope it’ll inspire future brides and grooms to please themselves on their big day rather than fall for someone else’s notion of “elegance” or “class” or whatever word the bridal industry uses to trick people into thinking $60K on a wedding is a wise investment.

Knightley and her beau looked pretty pleased with themselves on the steps of that town hall and I think it may have been because rather than worry about the floral arrangements and the price of dinner per guest, they were thinking about the fact that they’d entered the hall two lovers and exited as man and wife. A pretty magical transformation that doesn’t require any magic wands or million-dollar locations.

Who knows? If more men and women took Knightley’s lead and wed according to their own notions of what the day means to them — even if that’s a princess fantasy — we might significantly reduce the number of bride- and groom-zillas in the world.

Tell us in the comment section below: Do you think more people should follow Knightley and Klaxon’s lead?