Why women are more stressed than men over the holidays

A recent survey found that nearly half of men think women exaggerate how stressful the holidays are. 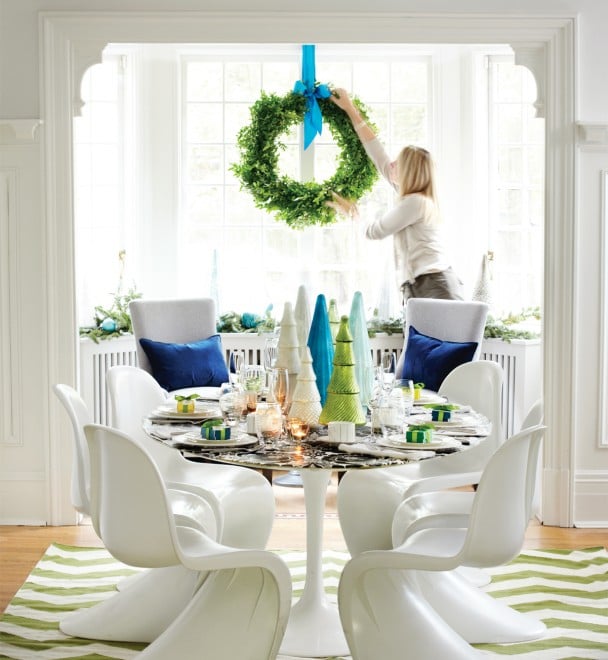 We look forward to Christmas for months and make sacrifices of our time, money and credit to ensure that those whom we love aren’t disappointed on December 25. Yet, it’s often the case that the holidays, while bringing out the best in people, also brings out the very worst. For every nice exchange during the season of merriness and gratitude there’s a naughty or nasty exchange too, and especially with our nearest and dearest.

What is it about the yuletide that brings out the jerk in our immortal beloved? It may start with the fact that they don’t think we’re working as hard as we purport to over the holidays. Or so suggests a recent story in the Daily Mail.

The article cites a U.K. survey that found nearly half of men think women exaggerate how stressful the holidays are. Not only that, but the men polled also seemed to think that if given the chance, they would pull off a far better Christmas soiree then their harried partner (Suure, bud). About one third of the men surveyed were labouring under this delusion, it seems.

The survey, which was conducted by the U.K. travel chain Travelodge, didn’t just plumb the depths of the male mind to uncover the secret of Christmas tensions past, present and future. It also uncovered some interesting facts from the ladies. For example, while nearly half of men think they could do a better job than their partners, the ladies revealed rather less confidence in their amours. In fact, four in 10 women said they couldn’t trust their male partners to complete a Christmas related task correctly the first time. These overworked ladies also overwhelmingly declared that their partners were clueless about how much work it takes to pull off even a run of the mill holiday. Almost 85 percent of the women said their partners didn’t know how hard it is to pull off Christmas festivities.

For women, the most stressful event around the holidays seems to be hosting duties. Moreover, while they’re cooking, cleaning and running to the grocery store, most women are internally worrying about whether or not their dinner party will be criticized by a friend or relative — or even more worrying — whether or not their husband or offspring will do anything to embarrass them.

The survey points out the significant differences of perception that exist between men and women when it comes to the holidays and all of its attendant festivities. But how can men and women come together on this subject, and by doing so forge stronger bonds over the season? Maybe it starts with giving men their holiday wish: Let them cook, clean, and worry about how you’re going to embarrass them in front of their mother.