In an essay expressing her hatred for a certain social media platform, Piers Morgan's wife Celia laments her life as a "Twitter widow". 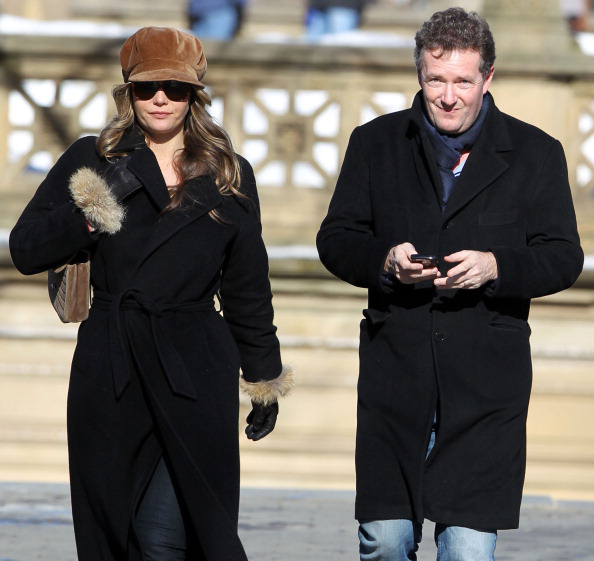 He’s distracted at dinner, preoccupied during the movie the two of you couldn’t wait to see, and mentally MIA during brunch with friends.

His distance isn’t down to the fact that he’s cheating or depressed…if only it were that simple.

In fact, he’s just Tweeting or texting or checking his work email obsessively and can’t be bothered to participate in life sans wireless connectivity. You can’t decide if you hate him or his phone.

If your beloved has a smartphone fixation — he or she can’t put that pesky technology down long enough to respond to your polite queries about their day or bother to make similar enquiries — then you may be ready to cancel their phone plan or start packing your bags for an off-the-grid life.

Piers Morgan’s wife Celia Walden, who describes herself as a “Twitter widow,” is ready to join you. In a recent essay for The Daily Telegraph, Walden, a journalist, vented her wrath against the social media site and its effect on her marriage.

Writes Walden: “I’m tired of people I don’t know telling me stories of my husband’s Twitter escapades. I’m tired of the dinner party conversation surrounding those virtual romps (never having used it myself, I’m oblivious to what goes on in the Twittersphere). I’m tired of the pitying glances of other women in restaurants as he sits there, tapping out cricket tweets to Kevin Pietersen in between mouthfuls.”

More importantly, she’s sick of how her husband’s Twitter habit means that he’s missing out on the most important moments of their lives as a couple.

“I’m tired of watching him miss out on little things like, oh, his daughter’s first step,” she writes.

So peeved is she that she even confronted the founder of Twitter during a dinner party, exclaiming, “If my marriage dies, it’s your fault.”

Does Twitter wield such destructive power in relationships that it could bring strangers together — albeit briefly — while simultaneously driving a wedge between loved ones? Clearly. And in that respect, it may not be all that different from addictive substances like food, sex, alcohol or drugs.

But the solution to the modern-day dilemma ultimately lies with the individuals holding the phone. To develop an understanding about when enough is enough is a kind of sensitivity that’s far more expressive, and infinitely more valuable, than a 140-character-long post.