Why doesn't George Clooney get the Taylor Swift treatment?

While our culture doesn't begrudge the dashing Clooney for his serial dating exploits, why does Swift get such a hard time for simply behaving like a 20-something? 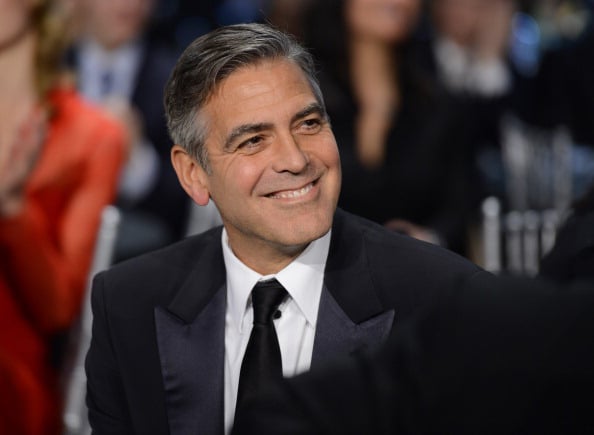 Ah, to live the charmed life of George Clooney. The dapper movie star appears to spring, summer, winter and fall much of his time away in his Lake Como villa, only pausing to make another acclaimed film or to charm a giggling entertainment hostess on yet another red carpet.

In the public eye, it appears he can do no wrong, even when it comes to his complex love life. A serial dater, he seems to change girlfriends — all young, lithe and red carpet-ready — every 18 months. His commitment to staying single only adds to his ‘Sexiest Man Alive’ aura.

And while I don’t begrudge him his exploits or his dashing persona, I do wonder why the same culture that proclaims the perpetual bachelor a love god goes after Taylor Swift for simply behaving like the 20-something she is when it comes to romance.

In contrast to Clooney who’s mystique grows with each notch on his Gucci belt, Swift’s carousel-esque love life has made her a tabloid target. Far from increasing her appeal, her short-lived, highly public romances have given her the reputation of a flighty, difficult and temperamental young woman.

Even retailers (via PopSugar) have piled on the young singer. Abercrombie & Fitch made a T-shirt that was adorned with the hashtag “#more boyfriends than T.S.,” while another U.S. retailer has made a tank top that lists the last names of all of Swift’s former paramours — nine in total.

What seems baffling about the scorn heaped on Swift for her romantic history is how rarely anyone mentions the most obvious factor that influences her behaviour: she is only 24 years old. It seems pretty natural for a young woman to date around during her 20s. And it seems cruel to judge her so harshly for the fact that she’s still trying to find her feet when it comes to love.

If, like Clooney, Swift is still kicking people to the curb into her 50s, then there might be some substance to the idea that she’s a fickle drama queen with commitment issues. But for the moment, her behaviour seems entirely age appropriate and retailers’ jibes just seem like an opportunistic exploitation of the selling power of sexism and misogyny.

“T.S.: normal young woman” doesn’t make for a very provocative T-shirt, I guess. That’s too bad. I think it suits her far better.

Find out whether George Clooney is really who young men want to be here.

What do you think about this double standard? Tell us in the comment section below.