A study from the University of Toronto pinpoints why people stay in relationships well after their expiry date. 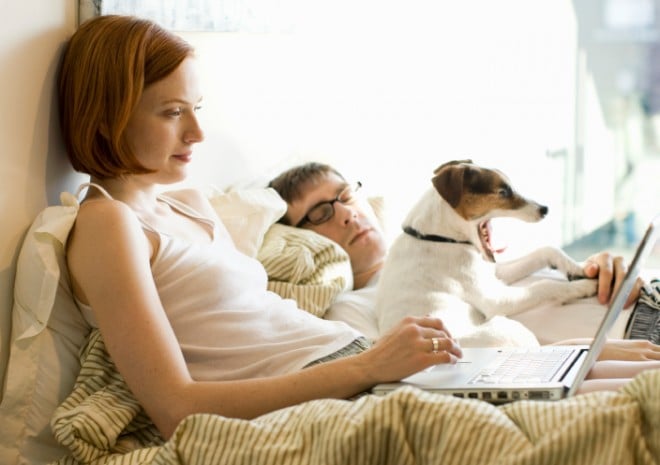 Can’t figure out why your best friend stays with that grumpy jerk she calls her husband? It may be because she’d rather be a miserable plus one than a lonely singleton.

A group of psychologists from the University of Toronto concluded that fear of being lonely is one of the reasons why so many people stay in relationships with the wrong one.

After conducting several studies, in which people were asked to do everything from rate their relationship satisfaction to discuss their feelings about being single, the researchers discovered that there’s a significant percentage of the population that fears loneliness enough to tolerate a troubled relationship. Moreover, the research indicates that the social stigma that comes with being single also plays a role for some.

According to the research, more than 20 percent of those surveyed admitted that they feared being alone. Others said that they worried about what other people would think of their single status, citing the social stigma that comes with being single as a source of concern.

The research, which is discussed in the Daily Mail, was initiated to see whether or not the fear of spending life alone prompts people to get involved in less-than-ideal relationships.

But the findings are more complex than the headline suggests. In fact, there may be a positive spin on the findings. A U.K. relationships expert, psychologist Dr. Cecilia d’Felice, told the Mail that just because we settle for reality over fantasy doesn’t mean we don’t experience love.

She said, “…most of us are happy to compromise because we know it’s unrealistic [to wait for the perfect partner] and we know we are not perfect either. In fact, learning to compromise can be a good thing because it forces you to acquire the skills needed to make a relationship work.”

Understanding the difference between compromise and surrender, or love and fear, may just be the challenge each individual — happy, sad, single or committed — must meet on their own.

Do you find you’re happier when you’re in a relationship or when you’re single? Tell us in the comment section below.