Who's responsible for the death of chivalry?

Are women the reason men don't open doors? Or are we all just getting ruder? 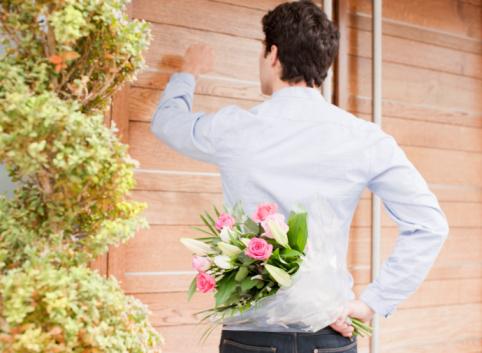 Have men become ruder and less chivalrous in their dealings with women than in previous decades? Or is the decline in gentlemen overall down to the influence of those women who take offence at a man holding the door for them and who insist on receiving equitable treatment whether they’re standing on a crowded subway, or reaching for the check on a first date? That’s one question posed in a recent article by writer Jessica Fellowes in the Daily Telegraph.

Fellowes cites a U.K. survey that suggests women may be one of the primary (read: ornery) obstacles to modern men adopting the chivalric code of their grandfathers and great grandfathers.

“Ninety-two percent of women wouldn’t take a seat that was offered to them by a man. Eighty-nine percent would refuse help with heavy bags. Even on a cold day, 78 percent would not take a coat from a man,” writes Fellowes.

Perhaps fearing the wrath of a slightly sensitive woman bearing heavy luggage, most men choose to look the other way — or so some would argue.

But there may be more to it than that. One etiquette expert believes that men have just become jerkier.

“I think they’ve got more selfish,” Celestria Noel, former editor of Debrett’s Guide to the Social Season tells Fellowes. “They like to say that chivalry annoys women, but only because it’s a good excuse for them not to put themselves out.”

It may be that both men and women are existing in a state of ignorance about what’s appropriate and what’s not anymore, argue others.

In a world in which everyone is encouraged to selfishly speak their mind, and not let anyone dare take their place in the bank line, it’s not surprising that good manners are on the wane.

But there’s good reason to reinvigorate what some might see as an archaic mode of behaviour.

For one: it makes people nice to be around and increases life’s pleasures, argues Noel.

“To pass the chocolates around before having one yourself, or to let the woman with the walker go first when you’re in a hurry — these are the sorts of things that delay instant gratification, acting as a bridle on your own desires.

There may be a way to solve the manners debate between the sexes, however. Fellowes concludes that ultimately everyone, “regardless of sex”, can choose to behave well toward one another.

That would mean women hold the door for men and vice versa and that generally, humanity aims to navigate social interaction with grace — even during rush hour.

It may sound a little romantic, but as Fellowes sees it there is a selfish payoff to the idea: “we might all have a nice day.”